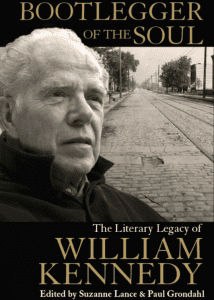 Until now, Pulitzer Prize-winning author William Kennedy’s literary legacy has never been celebrated in one book. From novels such as Ironweed, Legs, and Billy Phelan’s Greatest Game (the Albany Cycle) to Bootlegger of the Soul screenplays like The Cotton Club, as well as his many years of investigative journalistic work, Suzanne Lance and Paul Grondahl, have compiled reviews, essays, and interviews about Kennedy’s contributions to the literary landscape in the new book from SUNY Press, Bootlegger of the Soul. Also included is original writing by the author himself – a play and a short story. END_OF_DOCUMENT_TOKEN_TO_BE_REPLACED 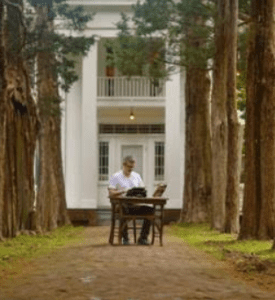 Los Angeles-based artist Tim Youd is set to retype Ironweed by Pulitzer Prize winning author, journalist, and screen writer William Kennedy at the Albany Institute of History & Art, as part of the artist’s ongoing project 100 Novels in which he retypes novels from beginning to end in locations that are charged with literary significance in the author’s biography. END_OF_DOCUMENT_TOKEN_TO_BE_REPLACED 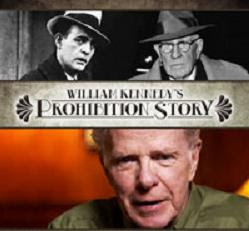 The passage of the Volstead Act and prohibition against intoxicating liquor caused a profound change in American culture by breaking the traditional mold of heroes and anti-heroes. Popular media has romanticized the anti-hero “gangster” role, and some of the greatest actors of the movie-making era have portrayed names like Al Capone, “Bugs” Moran, “Bugsy” Siegal and “Machine Gun” Kelly on the silver screen. In many instances, thugs, authorities and officials become the puppets of the crime boss, or the authorities become as violent as the criminals do.
END_OF_DOCUMENT_TOKEN_TO_BE_REPLACED