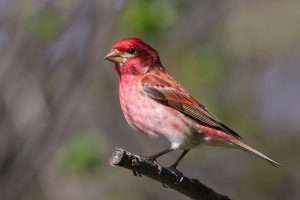 In September, as summer yields to fall, most of the colorful birds that breed in our region during spring and summer head south for warmer locales. The departure of ruby-throated hummingbirds, Baltimore orioles, migratory woodpeckers, and numerous warblers doesn’t leave us entirely without striking birds, however.

Perhaps the most vivid remaining species is the purple finch, which occurs in northeastern forests year-round and is a winter visitor to bird feeders. END_OF_DOCUMENT_TOKEN_TO_BE_REPLACED 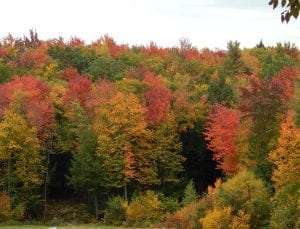 Conspiracy hypotheses, or theories as we like to call them, since “hypotheses” cannot be uttered without a lisp, seem to multiply unfettered these days, so I feel awkward birthing yet another.

But you may be intrigued to learn that the wide spectrum of color in the region’s fall foliage is largely the result of a Depression-era stimulus project ushered in by the Hoover Administration. END_OF_DOCUMENT_TOKEN_TO_BE_REPLACED 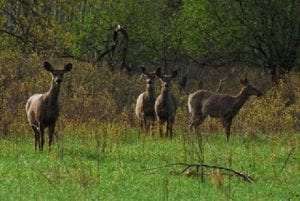 DEC is also tracking suspected cases in Albany, Jefferson, Oneida, Orange, Putnam, Rensselaer, Rockland, Sullivan, and Westchester counties plus new reports of dead deer to track the spread and estimate the number of deer succumbing to this disease. To date, DEC has received reports of approximately 700 dead deer. END_OF_DOCUMENT_TOKEN_TO_BE_REPLACED 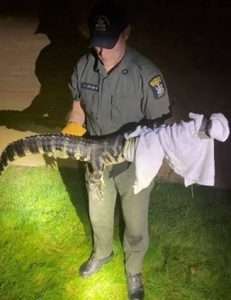 According to a press release issued by DEC, on September 14th, at approximately 1:19 am, Environmental Conservation Officer Eyler received a call from the East Fishkill Police Department reporting a four- to five-foot alligator roaming around the Van Wyck Junior High School. END_OF_DOCUMENT_TOKEN_TO_BE_REPLACED 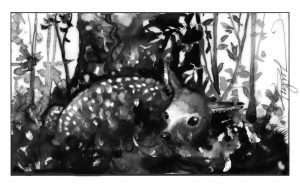 I have often been stopped in my tracks by the sight of a white-tailed doe standing in the lush summer grass. Depending on the sun’s slant, the animal’s coat is a rich shade of rusty brown or burnt orange. More delightful still is the sight of a fawn, reddish brown with scattered white dots. Deer are not the only creatures that start out spotted, but their speckled young may be among the prettiest that do. END_OF_DOCUMENT_TOKEN_TO_BE_REPLACED 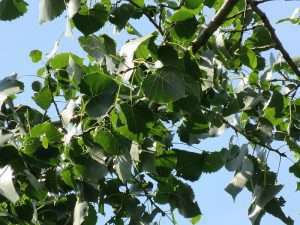 Even though he also said “Facts are stupid things” during a 1988 interview, it turns out his claim about dirty trees was partly correct. END_OF_DOCUMENT_TOKEN_TO_BE_REPLACED 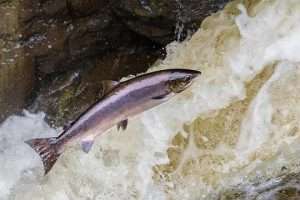 The New York State Department of Environmental Conservation (DEC) has announced a joint project with the U.S. Fish and Wildlife Service (USFWS) to collect adult Atlantic salmon from major New York tributaries of Lake Champlain this fall. This work supports the State’s ongoing research and management of the fishery. END_OF_DOCUMENT_TOKEN_TO_BE_REPLACED 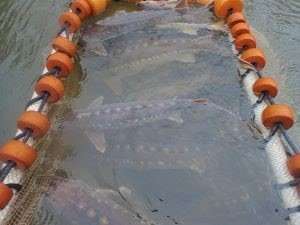 A second population study in the 1990s indicated a substantial increase in the spawning population from the 1970s. END_OF_DOCUMENT_TOKEN_TO_BE_REPLACED 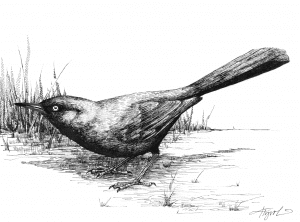 The grackle appeared early last spring, the day before I put the feeder away (so as not to tempt the bears who would soon be awakening from their winter dens). In the dim light of a cloudy day, this avian visitor seemed at first to be just another blackbird, on the larger side, perhaps, and with a longer than usual tail. When I peered at him through the binoculars, however, his head and neck shimmered with iridescent blues and purples, and there seemed to be a greenish tinge to his wings. END_OF_DOCUMENT_TOKEN_TO_BE_REPLACED