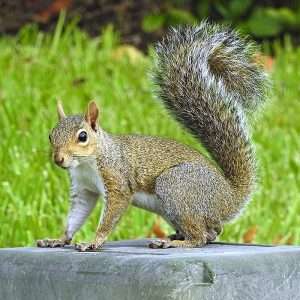 Even if you’ve never ventured further into the forest than an urban park or a college campus, you’re probably familiar with Sciurus carolinensis, the eastern gray squirrel. While it’s easy to identify gray squirrels by sight, however, recognizing the various sounds they make is more complicated.

Their vocalizations – squeaks, moans, buzzes, barks, and clucks – can sound like noises made by cats, chickens, jays, catbirds, even ducks. END_OF_DOCUMENT_TOKEN_TO_BE_REPLACED 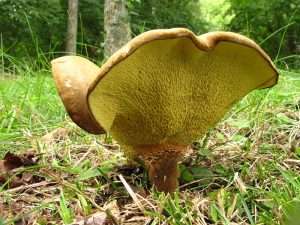 The ash-tree bolete (Boletinellus merulioides) is a fan-shaped brown mushroom with an off-center stem. It grows in association with ash trees throughout eastern North America; however, that association is an odd one. END_OF_DOCUMENT_TOKEN_TO_BE_REPLACED 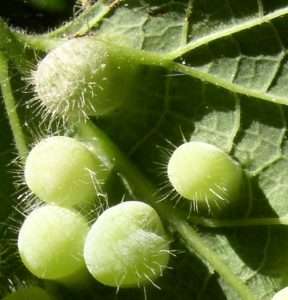 A student plopped a leaf on my desk, pointed to several green lumps on its underside, and asked, “What are those green growths?” It was a stump-the-professor moment, and in this case, I was indeed stumped. The growths certainly seemed to be galls of some sort. But which ones? END_OF_DOCUMENT_TOKEN_TO_BE_REPLACED 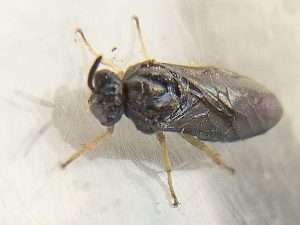 This exotic pest feeds exclusively on elm trees and can cause severe defoliation, branch dieback, and crown thinning. Although the sawfly has not yet been shown to cause tree mortality, repeated defoliation by established sawfly populations would put added stress on native elm trees already heavily impacted by Dutch elm disease. END_OF_DOCUMENT_TOKEN_TO_BE_REPLACED 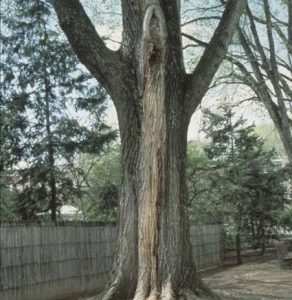 Cast members of the new Ghostbusters film aren’t the only ones getting slimed – trees sometimes get slathered in slime flux as well. Many kinds of trees are subject to sludge assaults, with elms, apples, oaks, maples, and walnuts being among the more vulnerable species. Tree-goo, unlike the Psychomagnotheric Slime in Ghostbusters, is basically harmless. In fact, it can be beneficial. END_OF_DOCUMENT_TOKEN_TO_BE_REPLACED 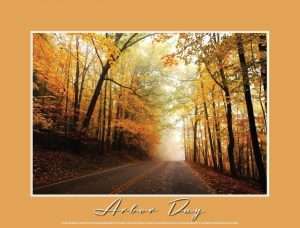 Each year, DEC’s Urban and Community Forestry program coordinates the contest to promote the immeasurable value of trees in the environment and New Yorkers’ lives. The winner of the contest will have their photo or artwork reproduced as the 2023 Arbor Day Poster, to commemorate the holiday. END_OF_DOCUMENT_TOKEN_TO_BE_REPLACED 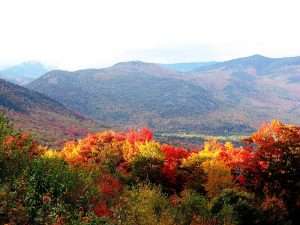 Deciduous trees, ice-cream stands, and marinas close each fall for the same reason: as daylight dwindles and cold creeps in, they become less profitable. When income dips down to equal the cost of doing business, a wise proprietor will turn out the lights and lock the doors until spring. END_OF_DOCUMENT_TOKEN_TO_BE_REPLACED 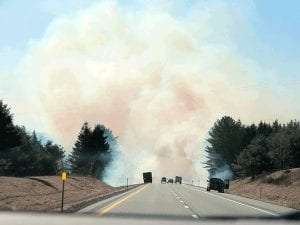 However, the most catastrophic force of nature is fire, as a major blaze can significantly impact more than just the composition of trees that cover a given location. END_OF_DOCUMENT_TOKEN_TO_BE_REPLACED 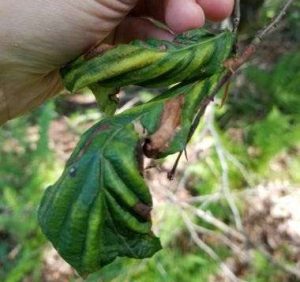 The New York State Department of Environmental Conservation (DEC) has announced that Beech Leaf Disease (BLD), which affects all species of beech trees, has been identified in 35 counties in New York State to date.

DEC began tracking BLD in 2018 after it was confirmed in Chautauqua County. Fourteen of the counties with BLD were confirmed in 2022, and more are likely to be identified. END_OF_DOCUMENT_TOKEN_TO_BE_REPLACED 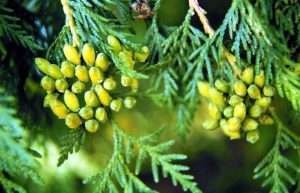 Some things are so familiar, so common, that they are often overlooked. Such is the case with northern white cedar (Thuja occidentalis).

Also known as eastern white cedar, this tree grows throughout the Northeast, but only in certain places, in part because it has evolved many ways to live and grow that other trees have not. END_OF_DOCUMENT_TOKEN_TO_BE_REPLACED