The medal, considered to be of central importance by many in the Nation, was gifted to Seneca Chief Red Jacket by President George Washington in 1792 to commemorate discussions that culminated in the Treaty of Canandaigua of 1794, in which the Seneca Nation played a crucial role. The medal was meant to be a symbol of peace, friendship, and enduring relationships among the United States and the Six Nations. END_OF_DOCUMENT_TOKEN_TO_BE_REPLACED 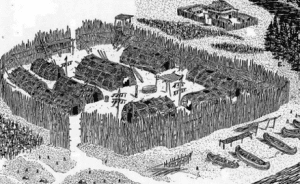 Soldiers witnessed both ends of the spectrum first-hand. END_OF_DOCUMENT_TOKEN_TO_BE_REPLACED