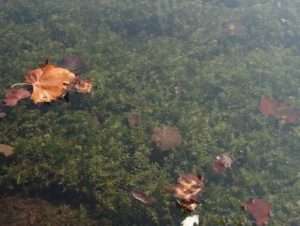 The New York State Department of Environmental Conservation (DEC) has announced that hydrilla, an invasive aquatic plant, was found at two additional locations along the eastern shore of the Niagara River. The aquatic invasive was found and treated at a marina in North Tonawanda last year.

This past summer, a hydrilla plant found by a boat steward during a routine inspection prompted another round of surveys along the Niagara River. END_OF_DOCUMENT_TOKEN_TO_BE_REPLACED