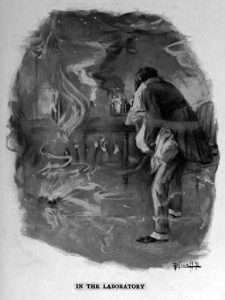 Crane, in the aftermath of the meteoric rise to fame that accompanied the publication of his Civil War novel, The Red Badge of Courage some three years before, was living in England when the story was published, but both his and the story’s ties to Upstate New York are undeniable. END_OF_DOCUMENT_TOKEN_TO_BE_REPLACED