This week on The Historians Podcast, James Schaefer, Rotterdam’s new town historian, discusses his Schenectady County hometown, his neighborhood along Schermerhorn Road and the town’s role in a New York hiking trail. END_OF_DOCUMENT_TOKEN_TO_BE_REPLACED 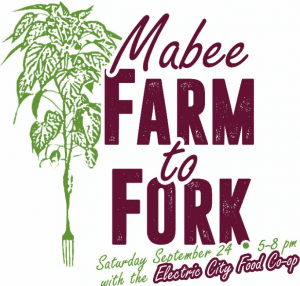 Mabee Farm to Fork will be held on Saturday, September 24, from 5 – 8 pm. Tickets are $25 per person and will include local food tastings prepared by chef Christopher Marney.  A cash bar will be available for alcoholic drinks. END_OF_DOCUMENT_TOKEN_TO_BE_REPLACED

Centuries of disaster records have fallen. We have seen the evacuation of major areas of New York City and entire towns cut off from contact with neighboring communities and the outside world. As news crews rush to film the spectacular scenes of water rushing through main streets as buildings rush toward certain destruction, there are other stories that are lost in the immediacy of the event. END_OF_DOCUMENT_TOKEN_TO_BE_REPLACED 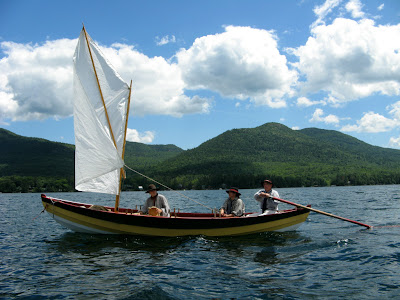 Schoharie Crossing State Historic Site will host a replica 18th century bateaux (flat-bottomed cargo boats) owned by the Mabee Farm Historic Site and crewed by Schulyers Company of New York Provincials and other reenactors, while in route from Rome to Rotterdam Junction.

The trip is roughly 87 miles long, and recreates similar journeys that occurred on the Mohawk River prior to the building of the Erie Canal. Captain David Manthey and the crew welcomes the public to witness their landing at the Yankee Hill Picnic Area between 5pm and 6pm on the evening of August 25, 2011 and to ask questions. END_OF_DOCUMENT_TOKEN_TO_BE_REPLACED

The Mabee Farm Historic Site on the Mohawk River in Rotterdam Junction, Schenectady County, is considered the oldest house in the Mohawk Valley. The Schenectady County Historical Society is continuing to develop the farm site as a museum and educational center for the community and holds Colonial events, workshops, tours and educational programs which reflect the historical significance of this early Mohawk River farmstead. END_OF_DOCUMENT_TOKEN_TO_BE_REPLACED