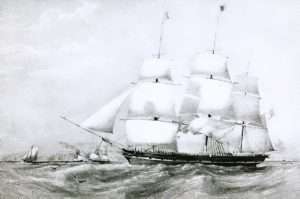 In the latter part of the 1700s the development of the Boulton & Watt steam engine in England made it theoretically possible to power a boat. Before 1800 a number of inventors, including New Yorkers such as Nicholas Roosevelt, John Fitch, Robert R. Livingston, John Stevens III and others, experimented with boats that used such steam engines. Before Robert Fulton made his first run in the North River steamboat (later renamed Clermont) in 1807 more than a dozen steamboats had been constructed in the United States with varying degrees of success.   There were difficulties in making such craft commercially viable. END_OF_DOCUMENT_TOKEN_TO_BE_REPLACED

Jeremias’ constant conflict with Stuyvesant and his possible establishment of overland fur trade with the English in Massachusetts, avoiding Peter Stuyvesant’s tax collections in New Amsterdam (New York City), may have facilitated the English take-over. END_OF_DOCUMENT_TOKEN_TO_BE_REPLACED 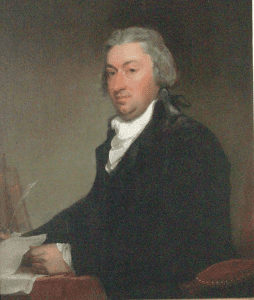 On Sunday, June 26, Clermont State Historic Site will host an opening for the exhibit “Chancellor Livingston: Reexamining a Founding Father,” which highlights Livingston’s contribution to both the Revolutionary War and the founding of America as a new nation.

At 3 pm, Clermont’s Curator of Collections Geoff Benton will give a free tour of the museum highlighting artifacts once belonging to the Chancellor. Afterward, stay to view this unique collection in the museum’s upstairs gallery. Colonial-style goodies and Liberty Punch will be served. END_OF_DOCUMENT_TOKEN_TO_BE_REPLACED 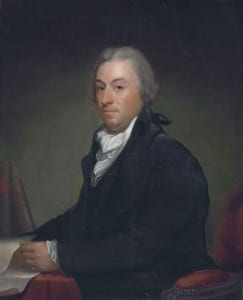 In 1798, Robert R. Livingston, Jr. (1746-1813) requested and obtained a monopoly from the New York State Legislature granting him the exclusive right to operate passenger steamboats on the Hudson River.

The Livingston family was very wealthy and owned the large estate, Clermont, just south of Albany. They ran an iron foundry and machine shop for many years where they had installed a steam engine to power the equipment. END_OF_DOCUMENT_TOKEN_TO_BE_REPLACED 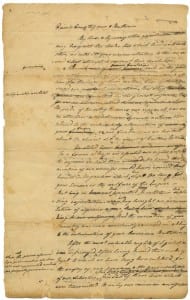 The manuscript was discovered last summer in the Morris-Jumel Mansion in New York City, which served as George Washington’s headquarters during the Revolutionary War, and was recently acquired by Brian Hendelson, a noted New Jersey-based Americana collector. Hitherto unknown and unstudied, the manuscript is on view at New-York Historical in the Patricia D. Klingenstein Library through November 7, 2014 and will remain on loan to New-York Historical for purposes of study and display for two years. END_OF_DOCUMENT_TOKEN_TO_BE_REPLACED