This week on The Historians Podcast, Bob Cudmore has stories from his Daily Gazette and Amsterdam Recorder Focus on History columns including Amsterdam’s horse racing track, the life of a volunteer nurse in the Civil War and Amsterdam radio announcers who served in Armed Forces Radio. END_OF_DOCUMENT_TOKEN_TO_BE_REPLACED

This week on The Historians Podcast, Joyce Stah on the history of RISE, WMHT’s radio information service for the blind and print disabled in New York’s Capital Region and Hudson Valley.

RISE volunteers read articles from newspapers, periodicals and books to audiences who would otherwise be unable to access such information. RISE also carries each episode of The Historians Podcast. END_OF_DOCUMENT_TOKEN_TO_BE_REPLACED

“Sing a song of sixpence, and eke of dollar bills,” he wrote in a poetic ditty, published October 3rd, 1922 in The Post-Star of Glens Falls. “Four and thirty thousand fans, paying for their thrills.” END_OF_DOCUMENT_TOKEN_TO_BE_REPLACED

The July episode of “Crossroads of Rockland History,” turned its attention to the life and career of Steve Possell, who is retiring after a fifty-year career in local Rockland County radio.

First at WRKL and now at WRCR, Possell has had an impact on local radio and our community that can only be called significant. We learn about how he got started in radio, his favorite moments over the past decades on the air and his plans for retirement. END_OF_DOCUMENT_TOKEN_TO_BE_REPLACED

In Fallout: The Hiroshima Cover-up and the Reporter Who Revealed It to the World (Simon & Schuster, 2020), a crisply-written, well-researched book, Lesley Blume, a journalist and biographer, tells the fascinating story of the background to John Hersey’s path-breaking article “Hiroshima” and of its extraordinary impact upon the world.

In 1945, although only 30 years of age, Hersey was a very prominent war correspondent for Time magazine — a key part of publisher Henry Luce’s magazine empire — and living in the fast lane. That year, he won the Pulitzer Prize for his novel, A Bell for Adano, which had already been adapted into a movie and a Broadway play. Born the son of missionaries in China, Hersey had been educated at upper class, elite institutions, including the Hotchkiss School, Yale, and Cambridge. During the war, Hersey’s wife, Frances Ann, a former lover of young Lieutenant John F. Kennedy, arranged for the three of them to get together over dinner. Kennedy impressed Hersey with the story of how he saved his surviving crew members after a Japanese destroyer rammed his boat, PT-109. This led to a dramatic article by Hersey on the subject — one rejected by the Luce publications but published by the New Yorker. The article launched Kennedy on his political career and, as it turned out, provided Hersey with the bridge to a new employer – the one that sent him on his historic mission to Japan. END_OF_DOCUMENT_TOKEN_TO_BE_REPLACED

The May 2021 episode of “Crossroads of Rockland History,” remembers Helen Hayes. Joyce Bulifant, daughter-in-law of Hayes, shared fond memories of her mother-in-law; of her father-in-law, the playwright Charles MacArthur; and of their famous house in Nyack, Pretty Penny. Then we learned about an effort to establish Pretty Penny as a literary landmark from actor/writer/director Joel Vig. END_OF_DOCUMENT_TOKEN_TO_BE_REPLACED

This week on The Historians Podcast Will Lewis, president emeritus of the Los Angeles Press Club, recalls his early days in the 1960s at Boston University’s WBUR-FM in Boston, passage of the public broadcasting bill in Washington, his public radio career and the Patty Hearst kidnapping in California.  Podcast host Bob Cudmore worked for Lewis at WBUR in Boston in the 1960s on a nightly program, Newspaper of the Air. END_OF_DOCUMENT_TOKEN_TO_BE_REPLACED 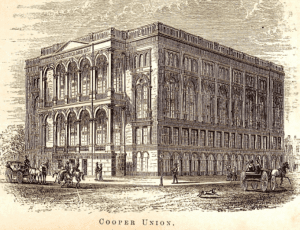 The initiative was inspired by the state-sponsored École Polytechnique in Paris (founded in 1794). Cooper’s ideal was to create an institution that would be open to all, and independent of race, religion, sex, or social status. The history of the gramophone is associated with two of Cooper’s former students who overcame hardship through education. END_OF_DOCUMENT_TOKEN_TO_BE_REPLACED 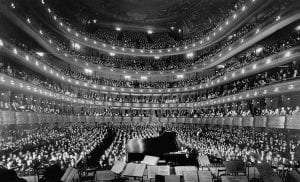 The history of musical taste in the United States has a Germanic flavor. The symphony orchestras in Philadelphia, New York City, and Boston were founded by German-Americans. The impact of Richard Wagner’s operas is still apparent. A patch of the Bronx contains locations such as Lohengrin Place, Siegfried Place, Parsifal Place, and Valhalla Drive. END_OF_DOCUMENT_TOKEN_TO_BE_REPLACED 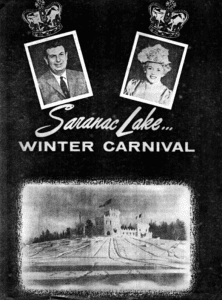 Don McNeill and the cast and crew of his “Breakfast Club” radio show took over the WNBZ radio airwaves in Saranac Lake for a week in 1957 during their reign as Winter Carnival royalty.