“We have every reason to believe that the New York State Rehabilitation Tax Credit will prove one of the most effective economic and community development programs in the state,” said Jay DiLorenzo, President of the Preservation League of New York State, the not-for-profit organization that led the charge for enhanced tax credits.

Commissioner Deborah VanAmerongen of the State Division of Housing and Community Renewal said, “The Rehabilitation Tax Credits will foster new private and federal investment where it is most needed: our economically distressed downtowns and commercial districts, main streets, and older residential neighborhoods. Further, these incentives will encourage the use or reuse of existing affordable housing resources. I’m delighted that we now have a more powerful tool for revitalizing communities across New York State. “

New York’s first-ever rehabilitation tax credit was adopted as Chapter 547 of the Laws of 2006, but limitations of both the commercial and residential programs failed to provide sufficient incentives to deliver economic and community revitalization to municipalities in need. An economic impact study recently conducted by HR&A Advisors of New York, an industry leader in economic development, real estate and public policy consulting, predicts that the enhanced rehabilitation tax credit will spur over $500 million dollars of economic activity in New York State and create some 2,000 jobs over its initial five-year lifespan.

The Preservation League of New York State will honor and celebrate the recipients of its Excellence in Historic Preservation Awards at the The New York Yacht Club, 37 West 44th Street – New York City on Wednesday evening, May 13, 2009 from 6 p.m. to 8 p.m. The suggested donation is $60 per ticket. For more information contact Shelley LaClair at 518-462-5658 x13 or download the invitation and RSVP card from the League’s website at www.preservenys.org.

Daniel Mackay, Director of Public Policy for the Preservation League of New York State, testified at a hearing of the New York State Senate Finance and Assembly Ways and Means Committees regarding economic development initiatives and arguing for an expanded tax credit for the rehabilitation of historic properties in distressed areas as a way to stimulate the economy:

If New York is to be successful in preserving open space, working farmland and curbing sprawl, economic development must be directed back to existing municipal infrastructure, and that will require recognition and reuse of New York State’s extraordinary legacy of historic buildings in our commercial downtowns and residential neighborhoods across the Empire State.

Because New York State faces a severe budget challenge, now is the time to prioritize implementation of the tools and programs that target public and private reinvestment where it is most needed, in ways that most effectively leverage private and federal dollars for community renewal and economic reinvestment, and in ways that most aggressively and immediately meet economic stimulus benchmarks.

The program that meets these tests and serves these goals is an expanded New York State Rehabilitation Tax Credit. Legislation will shortly be introduced by Senator David Valesky and Assemblymember Sam Hoyt which will effectively and appropriately expand this program, direct stimulus and rehabilitation activity to distressed areas, and contain costs for New York State…

The Preservation League, and a diverse and growing partnership of business leaders, municipal officials, economic development interests, and a wide array of environmental and preservation organizations [including the Landmark Society] are joining together in a campaign entitled “Reinvest New York” to promote inclusion of this program in the enacted 2009-2010 New York State Budget…

Apparently, according to Confessions of a Preservationist, Maryland, Missouri and Rhode Island, are three states with good tax credit programs that produce significant economic benefits. “In Rhode Island every $1 million in state tax credit investment leverages $5.35 million in total economic output.” Preservationist notes,  “In other words, the program more than pays for itself – it generates income for the state and creates jobs while improving our communities.” 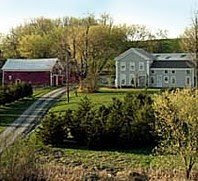 Applications are now available to eligible municipalities and not-for-profit organizations to compete for funds through Preserve New York, a grant program of the Preservation League of New York State and the New York State Council on the Arts (NYSCA). A total of $96,400 is available for historic structure reports, historic landscape reports and cultural resource surveys. Grants are likely to range between $3,000 and $10,000 each. The application deadline is May 4, 2009.

By honoring meaningful accomplishments in the field of historic preservation, the League hopes to further encourage standards of excellence and to increase public awareness of and support for historic preservation throughout the state. Nomination forms are available to download on the League’s website at www.preservenys.org.

For nomination forms and other information please contact the Preservation League office at 518-462-5658 x17; or by email at awards@preservenys.org.

The Preservation League of New York State, founded in 1974, is the not-for-profit organization dedicated to the protection of New York’s diverse and rich heritage of historic buildings, districts and landscapes. From its headquarters in Albany, the League provides a unified voice for historic preservation. By leading a statewide movement and sharing information and expertise, the Preservation League of New York State promotes historic preservation as a tool to revitalize our neighborhoods and communities, honor our heritage and enrich our lives.