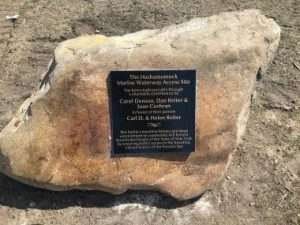 The New York State Department of Environmental Conservation (DEC) has unveiled a plaque and planted a tree to recognize the family of Carl D. and Helen Reiter, whose contribution in their names made possible the new Hashamomuck Marine Waterway Access Site in Southold, Suffolk County.

The site, opened last June, is DEC’s first and only unrestricted Waterway Access Site on the Peconic Bay and will provide public fishing and recreational boating access to this popular waterbody. END_OF_DOCUMENT_TOKEN_TO_BE_REPLACED 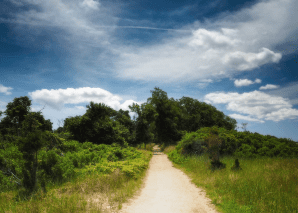 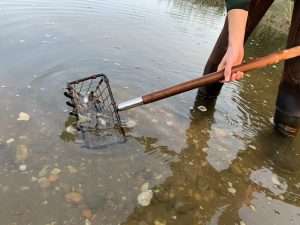 NYS Department of Environmental Conservation (DEC) has announced emergency temporary shellfish closures are in effect for areas of Nassau and Suffolk counties due to the extremely heavy rainfall and extraordinary amounts of stormwater runoff and localized street flooding on October 26th and October 27th. 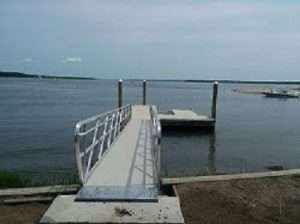 The new Hashamomuck Marine Waterway Access Site is now open in the town of Southold, on Long Island.

The site is DEC’s first and only unrestricted waterway access site on the Peconic Bay and will provide public fishing and recreational boating access to this popular waterbody. END_OF_DOCUMENT_TOKEN_TO_BE_REPLACED 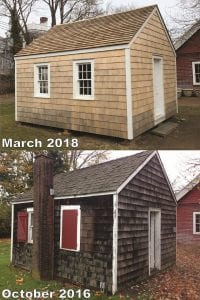 The restoration of the Red Creek Schoolhouse on the grounds of the Rogers Mansion Museum Complex, a property of the Southampton History Museum, is set to be celebrated on Saturday, May 5 from 2 to 4 pm.

Built in the mid-19th century, perhaps as early as 1830, it is a rare surviving one-room schoolhouse in the Town of Southampton, Long Island.

The restoration, made possible by a $50,500 matching grant from the Robert David Lion Gardiner Foundation, was carried out by carpenter Nathan Tuttle.  END_OF_DOCUMENT_TOKEN_TO_BE_REPLACED 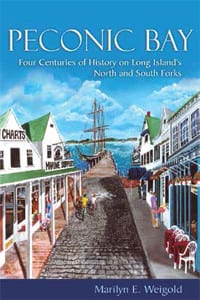 Bordered on the south by the Atlantic Ocean and on the north by Long Island Sound, the Peconic Bay region, including the North and South Forks, has only recently been recognized for its environmental and economic significance. The story of the waterway and its contiguous land masses is one of farmers and fishermen, sailing vessels and submarines, wealthy elite residents, and award winning vineyards.

Peconic Bay: Four Centuries of History on Long Island’s North and South Forks (Syracuse Univ. Press, 2015) examines the past 400 years of the region’s history, tracing the growth of the fishing industry, the rise of tourism, and the impact of a military presence in the wake of September 11. END_OF_DOCUMENT_TOKEN_TO_BE_REPLACED