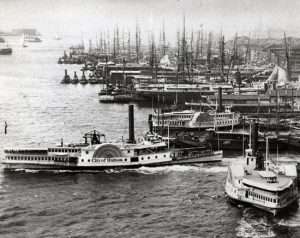 Tracey Irving Brooks was a professional quality photographer based in the Capitol Region of New York State. Born in 1888, Brooks photographed Hudson River steamboats during the first half of the 1900s. The collection covers an extensive variety of steamboats on the upper portion of the Hudson River. END_OF_DOCUMENT_TOKEN_TO_BE_REPLACED 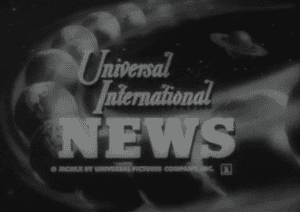 The Universal Newsreel Collection is the largest donated newsreel collection in the Moving Image and Sound Branch at the National Archives. The popular collection includes nearly 4,000 edited releases which were originally shown in movie theaters, as well as 8,500 reels of unedited outtakes. END_OF_DOCUMENT_TOKEN_TO_BE_REPLACED

Fort Ticonderoga holds one of North America’s largest collections of military material culture, covering the colonization of North America and the ensuing colonial conflicts, the Seven Years’ War (a.k.a. French & Indian War), the American Revolution, and the War of 1812. END_OF_DOCUMENT_TOKEN_TO_BE_REPLACED 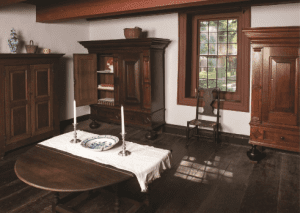 Based on a furniture form popular in the Netherlands, kasten (kast singular) were adapted in the Hudson Valley for over a century and were central to many Dutch-American homes, signifying both the heritage of their owners, as well as their wealth and social status. The online exhibition highlights the enduring influence of Dutch culture in the Hudson Valley. Funding for the project was provided by a grant from the Peggy N. and Roger G. Gerry Charitable Trust and a private donation. END_OF_DOCUMENT_TOKEN_TO_BE_REPLACED

Over 200 artifacts from Theodore Roosevelt’s Sagamore Hill National Historic Site can be viewed online on Google Arts & Culture by people around the world due to a new partnership between Google and the National Park Service.

With this new virtual collection, users will be able to step into the rooms of Theodore Roosevelt’s home and Summer White House to see his Rough Rider hat and saber from the Spanish American War, his Bronco Buster bronze sculpture by Frederic Remington, the Cape Buffalo taxidermy trophy taken by Roosevelt during his 1909-1910 African safari, and many other treasures of the museum, here. END_OF_DOCUMENT_TOKEN_TO_BE_REPLACED 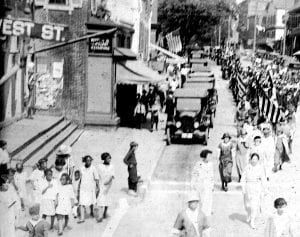 Using the Montage platform by Auto-Graphics, this new digital archive tool can archive and present materials that otherwise are difficult for small to mid-sized repositories to make affordably accessible and manage. END_OF_DOCUMENT_TOKEN_TO_BE_REPLACED 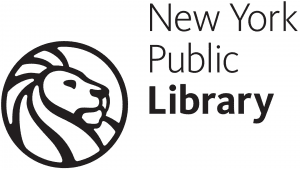 The class will take place on November 29th, from 5-7 pm, in Room 217 of the Stephen A. Schwarzman Building (the Library’s main branch), located at 42nd Street and 5th Avenue in Manhattan. END_OF_DOCUMENT_TOKEN_TO_BE_REPLACED 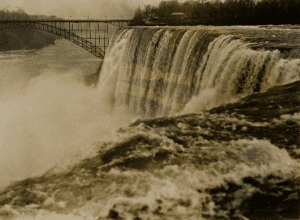 The George Eastman Museum has launched a new platform that allows public online access to more than 250,000 objects from its collections. 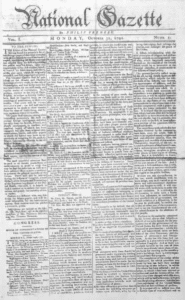 The addition of these newspapers is an expansion of the chronological scope of NDNP, which has come under criticism for the slow pace of its digitization program. The program is expanding its current time window of the years 1836-1922, to include digitized newspapers from the years 1690-1963. END_OF_DOCUMENT_TOKEN_TO_BE_REPLACED