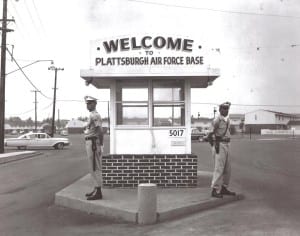 The Clinton County Historical Association (CCHA) will be partnering with City of Plattsburgh Historian, John Krueger to offer walking tours of Plattsburgh Old Base.

Starting the tour with the 1609 discovery of Lake Champlain, the tour will explore Lake Champlain’s vast military history that led up to the Battle of Plattsburgh, which paved the way for what is known today as the Plattsburgh Barracks/Post or, as to most locals, the Old Base. Once housing the Army, Navy and Air Force, the Old Base is a monument to the city’s military past. END_OF_DOCUMENT_TOKEN_TO_BE_REPLACED 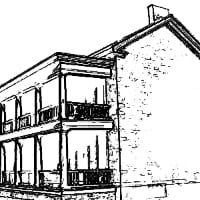 FOSB has come to an agreement with Terry Schmaltz and Mary Theresa Pearl, proprietors of Valcour Brewing Company, and will assign the contract to purchase the Old Stone Barracks to them.  Pearl is originally from Plattsburgh and both she and Schmaltz are retired Army officers. END_OF_DOCUMENT_TOKEN_TO_BE_REPLACED

Last week, following the announcement that the Old Stone Barracks in Plattsburgh was named to the Preservation League of New York State’s “Seven to Save” list, The Friends of the Old Stone Barracks announced that it has launched a campaign to purchase the property from its private owner. END_OF_DOCUMENT_TOKEN_TO_BE_REPLACED