The annual New York State History Conference, held at the end of June at Niagara University, demonstrated once again the robust diversity of the state’s historical community and its research, projects, and initiatives. There were many interesting sessions but I wanted to share impressions of five particularly interesting and important themes. This is the premier annual meeting of independent, academic and public historians, librarians and archivists, educators, museum professionals, and publishers in New York State. END_OF_DOCUMENT_TOKEN_TO_BE_REPLACED

The event is one of two major annual conferences for New York’s history community, including academic and public historians, librarians and archivists, educators, museum professionals, and publishers in New York State. END_OF_DOCUMENT_TOKEN_TO_BE_REPLACED 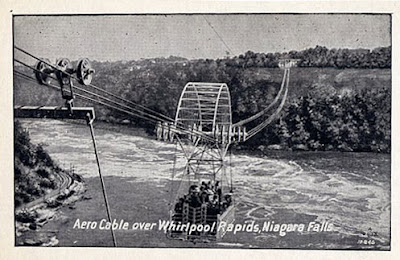 The 33rd Conference on New York State History is an annual meeting of historians, librarians, archivists, educators, and community members who are interested in the history, people, and culture of New York State and who want to share information and ideas about historical research and programming.

Each year the Conference brings together several hundred interested scholars and students at a different location. The 2012 Conference will meet at Niagara University, June 14-16. END_OF_DOCUMENT_TOKEN_TO_BE_REPLACED

The Program Committee for the Conference on New York State History invites proposals for individual presentations, full sessions, panel discussions, workshops, and other program suggestions for the 2012 conference to be held at Niagara University on June 14-16, 2012. Diverse historical perspectives are welcomed. Presentations may consider any aspect of the history of New York State over the past 400 years. We encourage presenters to take a dynamic approach to their presentations, including the use of visual and audio aids, audience participation, and panel discussions. END_OF_DOCUMENT_TOKEN_TO_BE_REPLACED 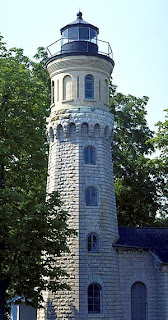 Niagara University is now accepting applications from K-12 teachers nationwide for a summer program entitled Crossroads of Empire: Cultural Contact and Imperial Rivalry at Old Fort Niagara. The week-long residential sessions, which take place July 11-15 and July 18-22, 2011 at Old Fort Niagara and Niagara University, have been made possible by funding obtained from the National Endowment for the Humanities (NEH).

Directed by Thomas A. Chambers, Ph.D., chair of Niagara University’s history department, the workshops are focused on the vital history that emanated from Old Fort Niagara, one of most significant and well-preserved 18th century historic sites in North America. Fort Niagara served as an important crossroads between the empires of Great Britain, France, the Haudenosaunee (the native people who inhabited what is now much of New York state and surrounding areas), and, later, the United States as they battled each other for control of the North American continent. The Fort threatened American territory during the Revolution, was occupied by both sides during the War of 1812, and then a peace treaty secured the Fort and region for the United States.

This workshop will immerse NEH Summer Scholars in the world of 18th century life, from both the Native American and European perspective. Participants will interact with historic interpreters, clamber about ramparts dating to the 1700s, handle beaver pelts and trade goods like fishhooks and beads, and perhaps even fire a musket. One unique feature will be an overnight stay at the French Castle, the three-story stone fortress and trading post perched above the crashing waves of Lake Ontario that dates back to 1726. By week’s end NEH Summer Scholars will understand the perspective of the Iroquois people who first inhabited this region, as well as the struggles of ordinary European soldiers who bled and died to control Fort Niagara.

Teachers of grades K-12 at schools in the United States or its territorial possessions, or Americans teaching in foreign schools where at least 50 percent of the students are American nationals, are eligible for this program.

Teachers selected to participate as NEH Summer Scholars will receive a stipend of $1,200 at the end of the residential workshop session. Stipends are intended to help cover travel expenses to and from the project location, books, and ordinary living expenses.

The deadline for applications is March 1, 2011.