Humanities New York (HNY) has announced $159,692 in awards to 33 grantees for innovative public humanities offerings. Awards were made in nearly every region of the state, from the North Country to Western New York. END_OF_DOCUMENT_TOKEN_TO_BE_REPLACED 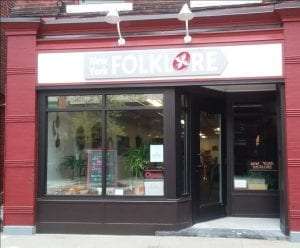 New York Folklore, the storefront of the New York Folklore Society in Schenectady, has reopened to the public. Face mask, social distancing, and occupancy guidelines are in effect. END_OF_DOCUMENT_TOKEN_TO_BE_REPLACED 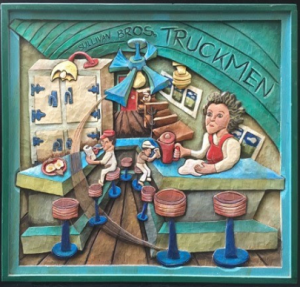 The New York Folklore Society in Schenectady has announced a retrospective exhibit of Ithaca artist Mary Michael “Folk Art Mary” Shelley, set to open on Friday, October 4th. Works in the show will span 30 years and chart the development of the artist’s work.

An opening reception featuring an artist meet and greet, carving demonstration and light refreshments is set for 3 to 5:30 pm. END_OF_DOCUMENT_TOKEN_TO_BE_REPLACED 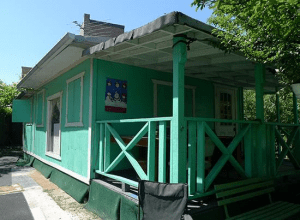 Speakers will address questions concerning the significant crisis in the understanding of everyday landscapes and the built environment, including: END_OF_DOCUMENT_TOKEN_TO_BE_REPLACED 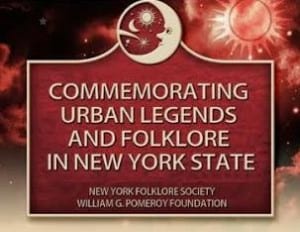 The William G. Pomeroy Foundation has partnered with the New York Folklore Society to launch a new grant program to promote cultural tourism and commemorate urban legends and folklore as part of the New York’s history.

Folklore is an expression of our common past, yet it draws attention to what is unique about communities. Passed from person to person over time, there is often historical truth at the heart of every legend. END_OF_DOCUMENT_TOKEN_TO_BE_REPLACED 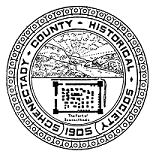 What are the dynamics of cultural equity and how does a community encourage its own cultural arts? Ellen McHale, Executive Director of the New York Folklore Society, will speak about the 21st century demographics of Schenectady and the Mohawk Valley and will provide some thoughts towards a culturally inclusive community on December 13th, at the Mabee Farm historic Site. END_OF_DOCUMENT_TOKEN_TO_BE_REPLACED

This past May (2012), the small town of Cambridge in Washington County was host to a “summit”, of sorts, as folklorists and those allied professionals who work with the cultural arts gathered for an exchange of ideas.

Organized by the New York Folklore Society, the New York State Council on the Arts’ Folk Arts Program, and the Mid-Atlantic Arts Foundation, the Northeast Folklorists Retreat presented multiple opportunities for participants to explore current issues of importance to those who pursue the documentation of culture and contemporary folkways.

Attendees included staff of the Folklife Center at the Library of Congress and the Smithsonian Institution’s Office of Folklife Programs; State Folk Arts Coordinators for New York, Maine, Rhode Island, Vermont, Massachusetts, and Connecticut; leaders from New York’s folklore institutions; and numerous cultural specialists who conduct their work under the auspices of public libraries, arts organizations, and public universities.

As defined in the American Folklife Preservation Act passed by Congress in 1976, American folklife means the traditional expressive culture shared within the various groups in the United States – familial, ethnic, occupational, religious, and regional. According to the definition, expressive folk culture, (which includes a wide range of creative and symbolic forms such as custom, belief, technical skill, language, literature, art, architecture, music, play, dance, drama, ritual pageantry, or handicraft) is mainly learned orally, by imitation, or in performance, and is generally maintained without benefit of formal instruction or institutional direction. As scholar Barre Toelken explains in The Dynamics of Folklore, (1979, Hougton Mifflin), “Folklore comes early and stays late in the lives of all of us. In spite of the combined forces of technology, science, television, religion, urbanization, and creeping literacy, we prefer our close personal associations as the basis for learning about life and transmitting important observations and expressions.”

Although still closely allied with the disciplines of comparative literature, history, and anthropology, the current discipline of folklore stands at an interesting juncture. In an era when twenty-first century globalization and the next “Big Idea” are often celebrated, folklorists are working hard to recognize local communities’ maintenance of cultural traditions. Because of its emphasis on cultural knowledge shared between and among groups, folklore has gained allies in contemporary movements that are coming to the forefront in American society.

Ideas which share folklore’s concerns such as the 100-mile or “locovore” food movement; “buy local” movements; the “Slow Food” movement; urban gardening; and “sustainability” are used by current community advocates as a lens to examine everything from energy to community infrastructure. Borrowing from these current shared concerns,” the 2012 Folklorists’ Retreat took as its theme, “Sustaining Culture: A Regional Conversation.” Besides providing an opportunity for folklorists to gain practical skills through sessions on audio documentation and digital formats (offered by Andy Kolovos, the archivist at the Vermont Folklife Center), the gathering provided an opportunity for those in attendance to share ideas and perspectives on issues relating to folklore, including definitions of “authenticity” and “sense of place”. Best practices for folklore programs involving cultural tourism, local collaborations, and arts in education were presented and participating folklorists wrestled with issues which arise when working with immigrant and refugee artists, or with presentational formats which use new forms of media.

Typically, folklorists gather annually under the auspices of the American Folklore Society or they gather in various regional groupings. This first ever Folklorists’ Retreat and Roundtable brought together organizations and individuals representing the entire Eastern Seaboard from Maine to Maryland, Washington DC to Niagara Falls. I am curious to see what comes of the resulting synergy.

Ellen McHale is Executive Director of the New York Folklore Society (founded in 1944) and has over 25 years of public sector folklore experience. She is also the folklorist for the National Museum of Racing’s Folk Arts project, documenting the predominantly Latino population in the backstretch/ stable area of the Saratoga Thoroughbred Racetrack through oral history interviews and photography. 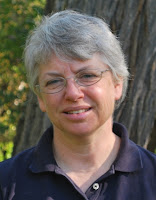 Please join us here at New York History in welcoming our newest contributor, Ellen McHale. Ellen is Executive Director of the New York Folklore Society (founded in 1944) and has over 25 years of public sector folklore experience, with over eleven years of experience as the Executive Director of a statewide folklore and  folk arts organization.  She holds a Ph.D. in Folklore and Folklife from the University of Pennsylvania and was a Fulbright Scholar to the  Institute for Folklife Studies at the University of Stockholm, Sweden.

Prior to her appointment as Executive Director of the New York Folklore Society, she served as Director of the Schoharie County Historical Society/Old Stone Fort Museum and as the Director of the Shaker Heritage Society.  For over ten years she has served as the folklorist for the National Museum of Racing’s Folk Arts project, documenting the predominantly Latino population in the backstretch/ stable area of the
Saratoga Thoroughbred Racetrack through oral history interviews and photography.

For over 65 years, the New York Folklore Society (NYFS) has held an annual conference, typically with guest speakers, such as master artists and academic scholars, who have addressed a particular theme. This year, in collaboration with Binghamton University’s English Department, NYFS invites graduate students to present their work on legends and tales. In this way, students will be given a platform at a local conference to share their work and connect with other young academics from around the state. The NYFS seeks to encourage young scholars to continue their studies and become active contributors to the fields of folklore, ethnomusicology, anthropology and more. This conference presents students with the opportunity for feedback on works-in-progress and mentorship from the academy.

Legends and tales present characters under duress in extraordinary circumstances. They preserve cultural patterns and facilitate social change. Legends such as “The Vanishing Hitchhiker” and “The Killer in the Back Seat” have a kernel of truth; tales such as “Little Red Riding Hood” and “The Armless Maiden” are clearly fictional but have complex layers of meaning. When legends and tales inspire literature and films, they bring richly resonant traditions to the minds of readers and viewers.

Students are encouraged to submit proposals by August 15; the final deadline for submission is September 15. 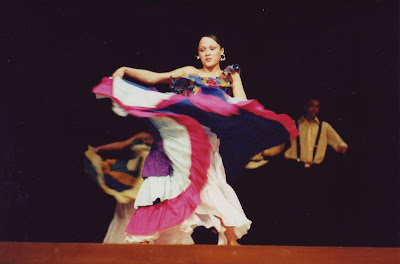 Supported by funds from the National Endowment for the Arts and the New York State Council on the Arts, the gatherings provide an opportunity for Latino artists residing in non-metropolitan New York State to come together to discuss issues and solve common problems. March’s theme will be “Challenges and Opportunities for Traditional Artists in Rural New York”, and we will hear of some of the current initiatives being tried to link artists across distances.