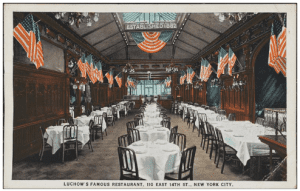 In the next two decades, when large parts of the territory were plunged into deep socio-political and economic problems, another hundred thousand Germans crossed the Atlantic turning New York into the world’s third-largest German-speaking city, after Berlin and Vienna. END_OF_DOCUMENT_TOKEN_TO_BE_REPLACED

The following travelogue, taken from “Visit to the Falls of Niagara in 1800,” was originally published in London in 1826 by John Maude. It was transcribed by Hudson River Maritime Museum volunteer researcher George A. Thompson and additionally edited and annotated by John Warren. END_OF_DOCUMENT_TOKEN_TO_BE_REPLACED 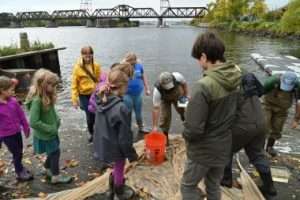 The announcement coincides with the 20th Annual ‘Day in the Life of the Hudson and Harbor,’ where 5,000 student scientists are gathering along the Hudson River and New York Harbor to collect data on the Hudson’s fish and invertebrates, track the river’s tides and currents, and examine water chemistry and quality. END_OF_DOCUMENT_TOKEN_TO_BE_REPLACED 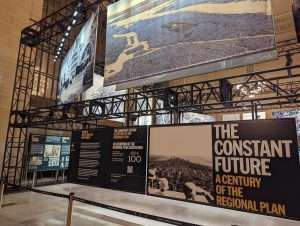 In celebration of its centennial, the civic group Regional Plan Association has opened a free public exhibition in Grand Central Terminal’s Vanderbilt Hall. Designed by James Sanders Studio and curated by RPA, “The Constant Future: A Century of the Regional Plan” explores 100 years of New York City’s development from 1922 to the present day. The two-story display will be on view through October 24th. END_OF_DOCUMENT_TOKEN_TO_BE_REPLACED 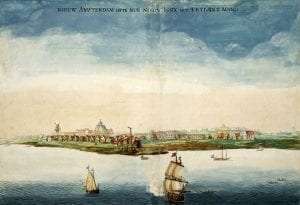 In 1629, Kiliaen Van Rensselaer, a partner in the Dutch West India Company, had obtained rights to establish a settlement and control the fur trade at Fort Orange located about 150 miles north of New Amsterdam. END_OF_DOCUMENT_TOKEN_TO_BE_REPLACED 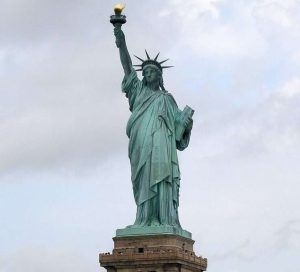 Funded by the Great American Outdoors Act (GAOA), the project is expected to make drainage and safety improvements that will help preserve the structure and enhance accessibility for visitors. END_OF_DOCUMENT_TOKEN_TO_BE_REPLACED 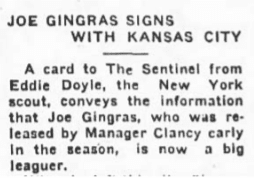 Their oldest son, Frank, was soon brought into the family business and the store was renamed, F. D. Gingras & Son. Their youngest son, whom they had named Joseph Elzead John Gingras, was looking to pursue a far different life: baseball. END_OF_DOCUMENT_TOKEN_TO_BE_REPLACED 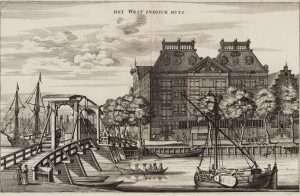 New Amsterdam’s residents would have immediately noticed something different about the arrival of the Witte Paert (White Horse) in the early summer of 1655. The stench of human excrement and illness emanating from the newly arrived “scheepgen” (small ship), left little doubt that a slaver had arrived after a long voyage. END_OF_DOCUMENT_TOKEN_TO_BE_REPLACED 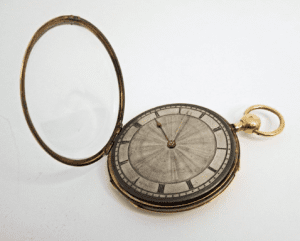 In this tale the murderous narrator compares the thumping of his victim’s heart to the ticking of a clock. END_OF_DOCUMENT_TOKEN_TO_BE_REPLACED 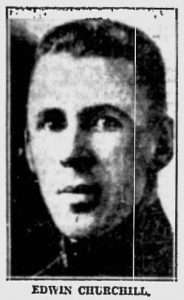 Another policeman, a four-year old girl, and three perpetrators were also killed in the incident, and 12 others — mainly innocent bystanders — were wounded. END_OF_DOCUMENT_TOKEN_TO_BE_REPLACED