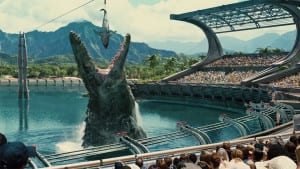 Jurassic World, showcases the plight of executive directors of destination tourist sites in continually developing newer and more exciting exhibits to attract an increasingly bored public. The exhibits at Jurassic World are even more thrilling than our best American Revolution or Civil War reenactments. END_OF_DOCUMENT_TOKEN_TO_BE_REPLACED 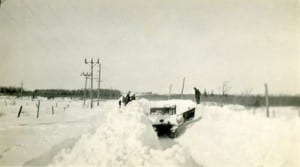 Earlier this winter, our forecast in Clinton County was light rain and temps in the upper 30s, conditions that were expected to last a couple of days. Forty-eight hours later, 23 inches of the heaviest, wettest snow imaginable covered everything in sight. Tree collapsed, power outages were frequent, and roads were a slushy mess. Removal of the stuff from driveways was best done by machine, but for some of us, manual effort was the only way to go. As I toiled, my mind wandered to similar jobs I’ve endured in decades past. END_OF_DOCUMENT_TOKEN_TO_BE_REPLACED 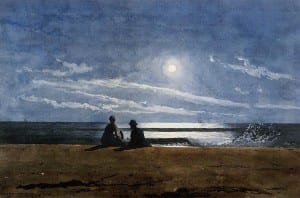 Tomorrow, June 6th, the Fenimore Art Museum in Cooperstown will present the opening of Winslow Homer: The Nature and Rhythm of Life, from the Arkell Museum at Canajoharie, featuring over 23 original works including oil paintings and delicate watercolors collected by Bartlett Arkell, the founder and first President of the Beech-Nut Packing Company.

This marks the first time these exceptional Homer paintings will be displayed as a complete collection. The exhibition contains two works now in other collections, including a painting owned by the Metropolitan Museum of Art in New York City. The exhibition was organized by the Arkell Museum at Canajoharie and is on view at the Fenimore Art Museum from through August 24, 2014, and at the Arkell Museum at Canajoharie from September 2, 2014 to January 4, 2015. END_OF_DOCUMENT_TOKEN_TO_BE_REPLACED 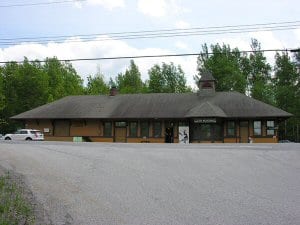 This community project developed into a remarkable facility dedicated to regional and town history. The focus is on iron mining, once a dominant force in the region’s economy. END_OF_DOCUMENT_TOKEN_TO_BE_REPLACED 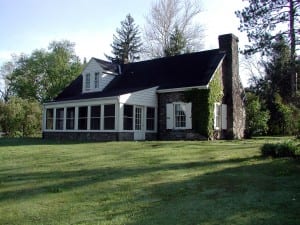 Spring is finally here and the National Park Service is offering an opportunity to photograph it at the Eleanor Roosevelt National Historic Site (Val-Kill), approximately two miles east of Springwood, the Hyde Park Roosevelt family home.

On May 18th from 8:00 am until 10:00 am, Park Ranger Andrew Swan will share information about the many signs of spring on a stroll through the grounds of Val-Kill. Visitors who enjoy photography are encouraged to bring cameras and capture images of the natural beauty of the season. The program is part of the continuing Community Photography Workshops offered by the park service. END_OF_DOCUMENT_TOKEN_TO_BE_REPLACED 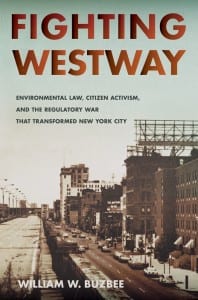 From 1971 to 1985, battles raged over Westway, a multibillion-dollar highway, development, and park project slated for construction New York City. It would have projected far into the Hudson River, including massive new landfill extending several miles along Manhattan’s Lower West Side.

The most expensive highway project ever proposed, Westway also provoked one of the highest stakes legal battles of its day, the subject of Fighting Westway: Environmental Law, Citizen Activism, and the Regulatory War that Transformed New York City (Cornell University Press, 2014), by William W. Buzbee. END_OF_DOCUMENT_TOKEN_TO_BE_REPLACED

Refrigerators can float. There are many things that can be learned from flooding, and that’s one tidbit that stuck with me from when my parents’ house took on about two feet of water more than a decade ago. When the water subsided enough to safely wade across the road to their front door, I went alone to assess the damage—but the door wouldn’t budge. Finally, it began to give an inch or two at a time.

When I managed to squeeze in, I was more than a little surprised at what I found. As the water had deepened in the kitchen, the refrigerator toppled and then somehow floated through the kitchen doorway into the house entrance, blocking the front door. The rest of the first floor was similarly wrecked—everything was sopping wet and coated with mud. END_OF_DOCUMENT_TOKEN_TO_BE_REPLACED 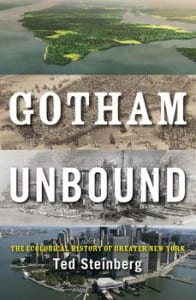 Gotham Unbound: The Ecological History of Greater New York (Simon & Schuster, June 2014) is Ted Steinberg’s sweeping ecological history of one of the most man-made spots on earth, from Mannahatta to Hurricane Sandy.

This is a heavily researched and well-written book that recounts the four-century history of how hundreds of square miles of open marshlands became home to six percent of the nation’s population – that’s 64,464 people per square mile.

Steinberg brings a unique view of the metropolitan area, not just one of a dense urban goliath but as an estuary once home to miles of oyster reefs, wolves, whales and blueberry thickets. That world gave way to an onslaught of humanity managed by thousands of ecological actors from Governor John Montgomerie, who turned water into land, and John Randel, who imposed a grid on Manhattan, to Robert Moses, Charles Urstadt, Donald Trump, and Michael Bloomberg. END_OF_DOCUMENT_TOKEN_TO_BE_REPLACED 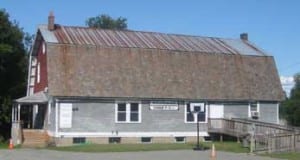 An Adirondack history lecture series continues at the Whallonsburg Grange Hall, 1610 NYS Route 22 in the Champlain Valley. Presentations on the early settlement, the philosophy and invention of the wilderness ideal, the history of the forest preserve and boats and boating are included in the schedule.

The series “Our Wild Home” will take place on Tuesday nights at 7:30. A donation of $5 is requested, students always free. More information is at www.thegrangehall.info. The schedule of talks is: END_OF_DOCUMENT_TOKEN_TO_BE_REPLACED 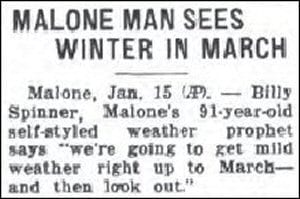 Climate change; global warming; superstorms; extended droughts; the hottest year ever; December tornadoes; on and on it goes. Changes are happening everywhere. Below-zero temps four times before Christmas 2013. Now, a chill factor of 35 below—and 48 hours later, temps in the mid-30s and rain is expected. With all the usual craziness, we do benefit from modern forecasters using the most advanced technology to predict the weather, helping us to avoid any big surprises, or to at least prepare.

The same was true of weathermen seventy-five years ago: they did their best to predict what the weather would bring―days, weeks, and even months in advance. But they weren’t alone in doing so. Competing against them were country prognosticators who sometimes did better than the latest technology. END_OF_DOCUMENT_TOKEN_TO_BE_REPLACED