The Iroquois, or Haudenosaunee, (“People of the Longhouse”), are a northeast Native American confederacy in North America. They were known during the colonial years to the French as the Iroquois League, and later as the Iroquois Confederacy, and to other European immigrants as the Five Nations, comprising the Mohawk, Onondaga, Oneida, Cayuga, and Seneca. After 1722, they accepted the Tuscarora people from the Southeast into their confederacy, and became known as the Six Nations.

The International Coalition of Sites of Conscience is set to host two events on Haudenosaunee culture and women and how they relate to museum and memorial sites, on December 12th and 13th, at the Seneca Art & Culture Center in Victor. END_OF_DOCUMENT_TOKEN_TO_BE_REPLACED

The Treaty of Paris 1783 ended the American War for Independence, but it did not bring peace to North America. After 1783, warfare and violence continued between Americans and Native Americans.

So how did the early United States attempt to create peace for its new nation?

In this episode of Ben Franklin’s World: A Podcast About Early American History, Michael Oberg, Distinguished Professor of History at the State University of New York-Geneseo, joins us to investigate how the United States worked with the Haudenosaunee or Iroquois people to create peace through the Treaty of Canandaigua in 1794.

END_OF_DOCUMENT_TOKEN_TO_BE_REPLACED 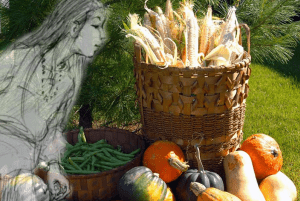 The Iroquois or Haudenosaunee are a historically powerful northeast Native American confederacy in North America. Storytelling is an important component of Haudenosaunee culture. Oral traditions and legends have been passed from generation to generation, teaching communities how to live, act, and care for one another, as well as how to manage during the unpredictable seasons. END_OF_DOCUMENT_TOKEN_TO_BE_REPLACED 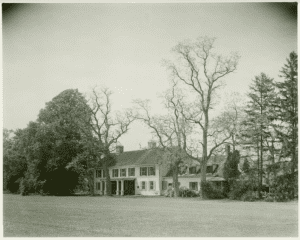 While their labor is largely absent from census records, evidence can be gleaned from the childhood memoir of an elite white woman from a prominent landowning family. Sunny Memories of Mastic was written by Sarah “Sadie” Floyd Turner in 1886. In her memoir, Turner recounted childhood memories beginning with her arrival at her grandfather’s estate in 1843. END_OF_DOCUMENT_TOKEN_TO_BE_REPLACED

The Fort Plain Museum will host a symposium on the Sullivan-Clinton Campaign against Native Americans in 1779 on Saturday, November 2nd. Pre-registration is recommended, but walk-ins are welcome. END_OF_DOCUMENT_TOKEN_TO_BE_REPLACED 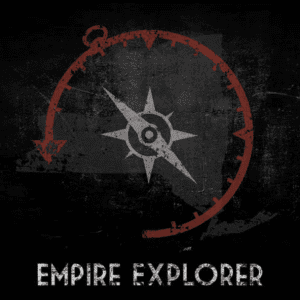 With help from Native American author and historian Evan Pritchard, we explore the Lenape worldview and learn about the tales of rituals, sacrifice, and superstitions that colonial settlers heard which led many to believe they worshiped the devil.  We also explore the sites role during various phases of Hudson River history. END_OF_DOCUMENT_TOKEN_TO_BE_REPLACED

Rare Native American artifacts are on display at Fort Ticonderoga in the exhibition “The Art of Resistance: Selections from the Robert N. Nittolo Collection” for a limited time only through October 2019.

These items have never been put on view before, and are from the Robert Nittolo collection, considered among the most significant private collections of 18th century militaria. END_OF_DOCUMENT_TOKEN_TO_BE_REPLACED

What did early Americans think about science? And how did they pursue and develop their knowledge of it?

In this episode of Ben Franklin’s World, Cameron Strang, an Assistant Professor of History at the University of Nevada, Reno and author of Frontiers of Science: Imperialism and Natural Knowledge in the Gulf South Borderlands, 1500-1850 (Published by the Omohundro Institute of Early American History and Culture and the University of North Carolina Press, 2018) joins us to investigate the early American world of science and how early Americans developed their scientific knowledge. END_OF_DOCUMENT_TOKEN_TO_BE_REPLACED

Evan Pritchard, best-selling Native American author and musician, is set to lead an illustrated lecture on the development of local Native American music from lithophonics to shakers, drums and flutes, on Saturday, July 27th, at noon, at the Historical Society of Woodstock. This event is free and open to the public. END_OF_DOCUMENT_TOKEN_TO_BE_REPLACED 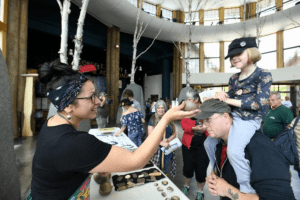 The Wild Center, located at 45 Museum Dr, Tupper Lake, is set to celebrate its Ways of Knowing partnership project on Saturday, July 6th from 10 am to 5 pm.

Following the celebration, the Center will host Joanne Shenandoah in concert from 7:30 to 9:30 pm. Together for the first time, Ways of Knowing and Joanne Shenandoah will explore the perspectives that different cultures have through their connection with nature and present a deeper look into Native American tradition and expression. END_OF_DOCUMENT_TOKEN_TO_BE_REPLACED