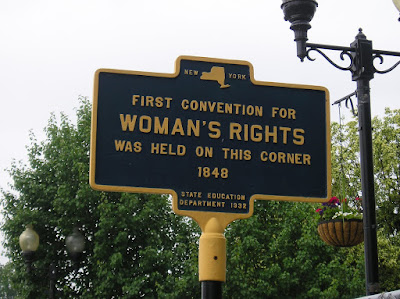 Women’s Rights National Historical Park is offering an opportunity for school and youth groups to submit applications for transportation funding to visit the sites associated with the 1848 First Women’s Rights Convention. This is part of an ongoing effort by the National Park Service to bring under-served and underrepresented school and youth groups to place-based learning experiences in national parks. END_OF_DOCUMENT_TOKEN_TO_BE_REPLACED Abolitionist and women’s rights activist Abby Kelley Foster will be inducted into the Women’s Hall of Fame on October 1st in Seneca Falls and into the National Abolition Hall of Fame and Museum (NAHOF) on Saturday, October 22 at ceremonies to be held at Colgate University.

Born in Pelham, MA January 15, 1811 Kelley was raised a Quaker and became a teacher at the Friends School in Lynn MA in 1829. In 1832, when she lived in Worcester, she was influenced by a speech from radical abolitionist William Lloyd Garrison. She joined the Lynn Female Anti-Slavery Society, and in 1837, she, and others, gathered over six thousand signatures on anti-slavery petitions.

Abby and fellow radical abolitionist Stephen Foster married in 1845 and bought a farm in Worcester MA. Abby gave birth to their daughter, Alla, in 1847. Kelley faced hostile audiences from within and from outside the abolition movement in her five decades of advocating for immediate abolition of slavery and for advocating leaving churches that did not condemn slavery.

At 12:30 p.m. on Saturday, October 22, Stacey Robertson PhD. will present Abby Kelley Foster: A Radical Voice in the West, the first program in the annual afternoon Upstate Institute Inductee Symposia. Robertson states, “Abby Kelley Foster single handedly transformed the nature of the western antislavery movement in the 1840s. From her first visit in the summer of 1845 she inspired hundreds of abolitionists to reconsider their approach to the movement and embrace a more uncompromising position. Women found her irresistible and she helped to organize dozens of female anti-slavery societies in Ohio, Indiana, and Michigan. She also convinced several women to join her in the lecturing field, devoting themselves full-time to the movement. No other person impacted western antislavery more than Abby Kelley Foster.”

Dr. Robertson is the Oglesby Professor of American Heritage and the Director of the Women’s Studies Program at Bradley University (Peoria IL) where she has taught since 1994. She is the author of three books: Parker Pillsbury: Radical Abolitionist, Male Feminist (2000), Hearts Beating for Liberty: Women Abolitionists in the Old Northwest (2010), and Antebellum Women: Private, Public, Partisan (American Controversies), co-authored with Carol Lasser (2010). She is the recipient of many teaching awards and research fellowships and has lectured at more than one hundred different venues nationally and internationally.

The Worcester Women’s History Project (WWHP) in Worcester MA will partner with NAHOF for the evening induction ceremonies at 7 p.m. in Golden Auditorium at Colgate. Lynne McKenney Lydick will present a one woman play Yours for Humanity —Abby which the WWHP. Members of the WWHP will also participate in the induction ceremony for Foster in the evening.

The public is encouraged to attend the Foster sessions. Admission at the door for each of the lectures and the induction ceremony is five dollars. (Admission for all four symposia programs is eight dollars.) Information and registration forms for the day-long induction event are available at www.AbolitionHoF.org or at 315-366-8101.

Photo: Abby Kelley Foster portrait created by artist Joseph Flores of Rochester NY for the abolitionist’s induction into the National Abolition Hall of Fame and Museum at ceremonies on Saturday, October 22 at Colgate University, Hamilton NY. 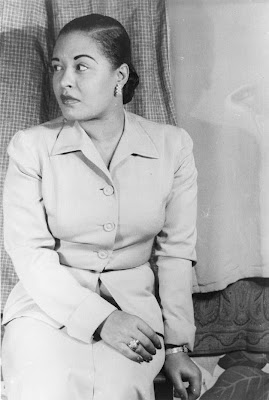 The National Women’s Hall of Fame is the nation’s oldest membership organization recognizing the achievements of great American women. Inductees are selected every two years based on their lasting contributions to society through the arts, athletics, business, education, government, humanities, philanthropy and science. From a group of over 200 completed nominations, a national panel of judges conducted a rigorous scoring process and selected eleven women for Induction. END_OF_DOCUMENT_TOKEN_TO_BE_REPLACED 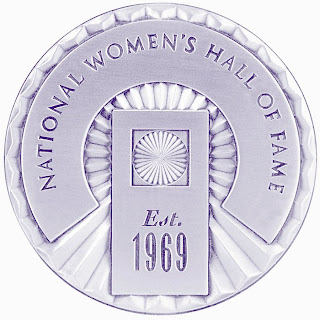