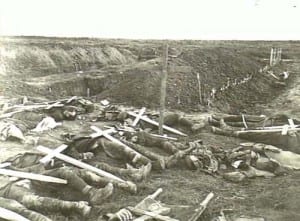 The National Purple Heart Hall of Honor will commemorate the 95th Anniversary of the Assault on the Hindenburg Line, September 29, 1918 on Sunday, September 29th at 2:00 p.m. The assault was an opening salvo in what is often called the Hundred Days Offensive on the Western Front at the end of World War I.

The Allied attack on the German line was made to push the Germans east. Among the heavily engaged units of the 27th Division was the 107th Regiment, many of whose members were from Orange County. Thirty-nine Orange County men lost their lives and many more were wounded on the first day of the assault. END_OF_DOCUMENT_TOKEN_TO_BE_REPLACED 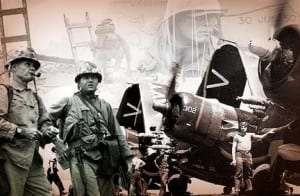 The National Purple Heart Hall of Honor will commemorate the 60th Anniversary of end of the fighting in Korea at 2:00 PM on July 27, 2013. The program will present written recollections and thoughts of Korean War Purple Heart recipients and will be followed by a screening of the film Chosin a film produced by two Marine veterans. END_OF_DOCUMENT_TOKEN_TO_BE_REPLACED