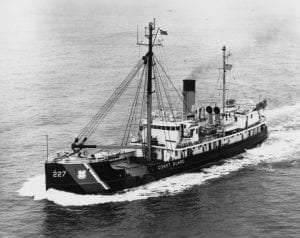 The Lilac Preservation Project has announced that Lilac, America’s only surviving steam-powered lighthouse tender located in New York Harbor, will re-open to the public on Saturday, July 24th, from 2 to 6 pm, and will be open every Saturday and Sunday through mid-October. Exhibits and performances are expected to resume in August. END_OF_DOCUMENT_TOKEN_TO_BE_REPLACED

The Lilac Preservation Project has announced a Coast Guard Auxiliary Radio Day & 79th Anniversary Celebration has been set for Saturday, October 20, from 1 to 5 pm. END_OF_DOCUMENT_TOKEN_TO_BE_REPLACED 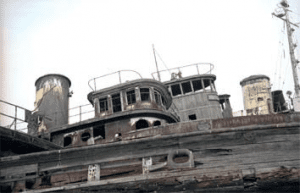 The summer season gets underway at the museum ship Lilac with the exhibit Great Shipwrecks of New York’s ‘Great’ Lakes and The Hidden Hulks of New York Harbor, on view through July 4, 2017. The exhibit opens Thursday, May 25 with a reception that is open to the public from 6 to 9 pm with a cash bar.  David White, Recreation Specialist from New York Sea Grant (NYSG) will share reflections on “The Future of Our Maritime Heritage.” END_OF_DOCUMENT_TOKEN_TO_BE_REPLACED 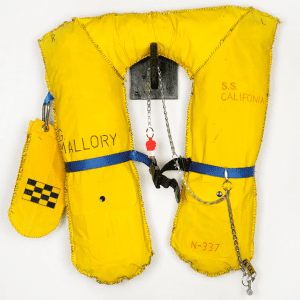 Now on view at the museum ship Lilac at Hudson River Park’s Pier 25 in New York City is “Adam Payne: Full Steam Ahead,” an exhibit of maritime art in mixed media.  The exhibit continues through the end of September.

The works are inspired by Adam Payne’s love of history combined with an appreciation for everyday materials. The exhibit includes a series of life jackets begun in 2014 and sewn from old rain slickers, creating a symmetry between materials and form. These grew out of Payne’s longtime interest in nautical explorations and how places are changed by such maritime interventions. Each life jacket incorporates the name of a different “failed” explorer in a nod to this history. END_OF_DOCUMENT_TOKEN_TO_BE_REPLACED 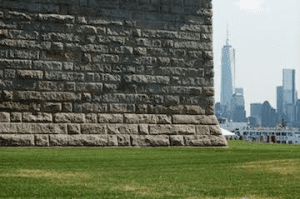 New York Harbor has been a prize worth attacking since the earliest days of European colonization. In the 1790s, the United States responded to threats by building massive coastal defenses around the Harbor. The Upper Bay, the Narrows, the Lower Bay, Long Island Sound and New York City’s Atlantic shore possess more surviving coastal fortifications built over a longer period of time than anywhere else in the country. The striking photographs in this exhibit show the current condition of these historic structures. END_OF_DOCUMENT_TOKEN_TO_BE_REPLACED 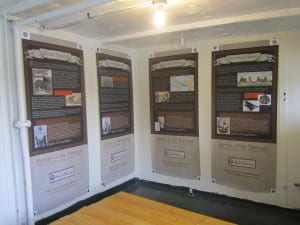 The exhibit covers aspects of the maritime trade in African slaves combined with profiles of slaves, former slaves, abolitionists and others whose lives were touched by the global slave trafficking industry. END_OF_DOCUMENT_TOKEN_TO_BE_REPLACED 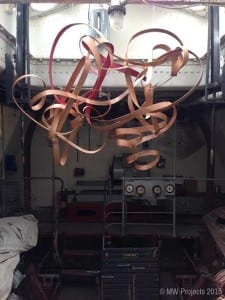 The U.S. Coast Guard Cutter Lilac was built in 1933 and is America’s only surviving steam-powered lighthouse tender. Lilac is currently being restored as a unique vehicle for maritime education and community activities and is berthed at Hudson River Park’s Pier 25. END_OF_DOCUMENT_TOKEN_TO_BE_REPLACED 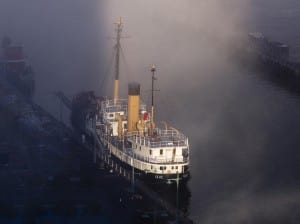 Lilac Preservation Project’s Museum Director and President, Mary Habstritt will announce plans for 2015, including launch of a capital campaign to restore the steam boilers and overhaul the ship’s systems to operate as a sustainable seafaring vessel. END_OF_DOCUMENT_TOKEN_TO_BE_REPLACED 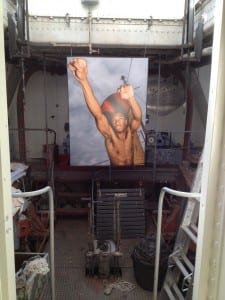 The museum ship Lilac has opened for the summer at Hudson River Park’s Pier 25.  The exhibition Hero Project will be on view there through June 30.

With photographs by Jonathan Atkin, Hero Project is a selection from his on-going work-in-progress collaboration with dance artists aboard historic ships.  His mission is to increase visibility of our maritime heritage by reaching new non-maritime audiences. In the exhibition, dancers athletically grace the gritty vessels in oversize photographs mounted throughout Lilac, from the bridge to the engine room. For more on the project, see http://www.heroproject.us END_OF_DOCUMENT_TOKEN_TO_BE_REPLACED