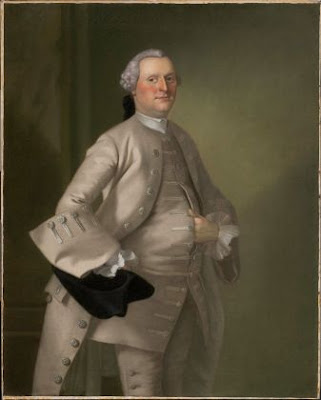 A donation of four important manuscripts describing the American attack on Mount Independence on September 18, 1777 was recently made to the Fort Ticonderoga Museum. The collection of four letters was drafted by American Brigadier General Jonathan Warner and relate to Colonel John Brown’s raid on Ticonderoga. The donation was discovered and organized by Dr. Gary M. Milan and made possible by the generous support of George and Kathy Jones.

After the American army at Ticonderoga was forced to evacuate with the approach of the British army under General John Burgoyne in July 1777, Burgoyne left a small force of British and German soldiers to garrison Fort Ticonderoga and Mount Independence as the bulk of his army pursued the American army southward. In mid September two 500-men forces were ordered to test the defenses of the two posts and on September 18, the forces converged on the sleeping garrisons. END_OF_DOCUMENT_TOKEN_TO_BE_REPLACED

Author Willard Sterne Randall will give a talk on Ethan Allen, one of Vermont’s best known historic figures, on June 18 at 1 p.m., at the Mount Independence State Historic Site in Orwell, VT. Randall’s new book, Ethan Allen: His Life and Times, which W.W. Norton will be coming out with later this summer, is the first comprehensive biography of Allen in a half century. END_OF_DOCUMENT_TOKEN_TO_BE_REPLACED

The Mount Independence and Hubbardton Battlefield Vermont State Historic Sites open for the 2011 season on Saturday, May 28, at 9:30 a.m. Both sites have scenic grounds for walking and picnics, and popular specialty museum shops with many books and other items.

The Chimney Point State Historic Site and grounds in Addison will be closed to the public for the 2011 season due to the ongoing construction of the Lake Champlain Bridge. The site will be open for the bridge opening celebration weekend, at a yet to be determined date this fall. The popular annual Northeast Open Atlatl Championship, September 16 to 18, will be moved again this year to Mount Independence in Orwell. END_OF_DOCUMENT_TOKEN_TO_BE_REPLACED 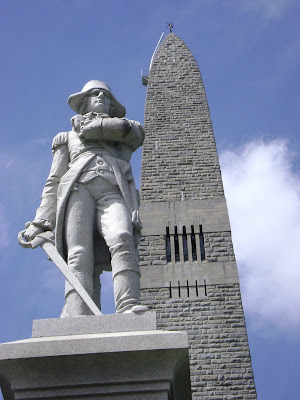 Less well known than his cousin Ethan Allen, Seth Warner was nevertheless one of the leaders of the Green Mountain Boys, and the Revolutionary War hero still boasts hotels, hiking shelters, and fire companies named after him. On Saturday, October 16, at 1:00 p.m. the Mount Independence State Historic Site in Orwell hosts the program, “Sidelined by History: Seth Warner, Green Mountain Boy.” 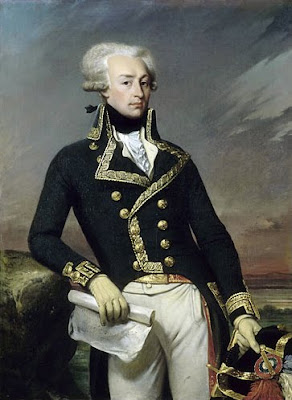 The Marquis de Lafayette may not be a household name in America, but without him this country might not even exist. Even as a new documentary film traces Lafayette’s descent from one of the most famous men on the planet to relative historical obscurity, the Vermont Division for Historic Preservation offers visitors the chance to “meet” this extraordinary character.

“Lafayette’s story is a truly remarkable one, and Howard Burnham captures the spirit of this gallant Frenchman who came to America as a young man to fight for the cause of liberty during the Revolutionary War,” said Elsa Gilbertson, Regional Historic Site Administrator for the Vermont Division for Historic Preservation.

A new documentary, “Lafayette: The Lost Hero,” recently debuted on Vermont Public Television and other stations around the nation, telling the story of the aristocrat who led troops against the British; befriended Gen. George Washington and served with him at Valley Forge; and helped bring France into the war on the colonists’ side.

Burnham will portray Lafayette on his triumphal tour of America in 1824 and 1825, when President James Monroe invited him to visit in part to celebrate the nation’s 50th anniversary.

“At the time, Lafayette was wildly popular all over the country,” Gilbertson said. “He was welcomed as a hero; Fayetteville, North Carolina was named after him; and the United States Congress voted him a gift of $200,000 and a township in Florida.”

Lafayette will reflect on his long and eventful life and will transport the audience to Camden, South Carolina, where he laid the foundation stone for the monument to Baron de Kalb – with whom he came to America in 1777 – as well as eulogize the Baron.

“Lafayette visited every state during his visit, and on June 30, 1825, he traveled south on Lake Champlain past Mount Independence on the steamboat Phoenix on his way to Whitehall, New York, at the end of his visit through Vermont,” Gilbertson said.

The program is sponsored by the Mount Independence Coalition and Vermont Division for Historic Preservation, and admission is $5.00 for adults and is free for children under 15. It also includes admission to the museum and all the trails.

The Mount Independence State Historic Site is one of the best-preserved Revolutionary War sites in America.

On July 5, 1777, faced with a British force more than twice his size that had occupied a position from which they could bombard him with impunity, General Arthur St. Clair withdrew from Mount Independence and nearby Fort Ticonderoga without firing a shot.

Though his actions helped preserve the army, Congress was outraged and censured St. Clair for the loss. He later argued that his conduct had been honorable; demanded review by a court martial; and was ultimately exonerated.

The site is located near the end of Mount Independence Road, six miles west of the intersections of Vermont Routes 22A and 73 near Orwell village; carefully follow the signs. Regular hours are 9:30 a.m. to 5:00 p.m. daily through October 12. 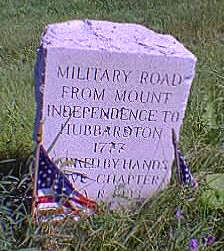 Did you know that in 1776-77 there was a Revolutionary War military road between Mount Independence in Orwell, Vermont, and Hubbardton, Vermont? On Sunday, September 12, from 2:00 to 5:00 pm, you can explore part of this little known military road by going on a guided hike at the Hubbardton Battlefield State Historic Site with long-time site interpreter Carl Fuller.

Fuller will lead a vigorous hike, starting from the museum and following traces of the old military road that led from Mount Independence to the Hubbardton Battlefield. END_OF_DOCUMENT_TOKEN_TO_BE_REPLACED 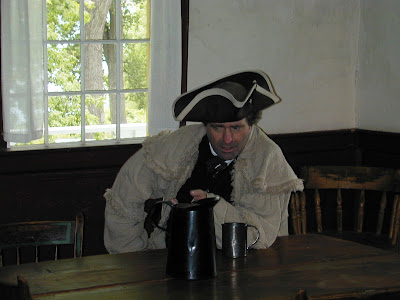 Ever imagine what it would be like to ask Revolutionary War soldiers about their life and times? The Mount Independence State Historic Site in Orwell, Vermont, will bring to life the Revolutionary War at the site tomorrow Saturday, September 4, at 2:00 p.m. with the program, “An Investigation into the Revolutionary Mind: What Were You Thinking, Isaac Kendall and Benjamin McCool?” END_OF_DOCUMENT_TOKEN_TO_BE_REPLACED

The mysteries of Mount Independence’s past will be revealed in the annual archeology hike into history at the historic site in Orwell, Vermont. Archaeologist Allen Hathaway will lead the hike on Sunday, September 5 at 2:00 p.m. and share his extensive knowledge about what archeology can and has revealed about the original inhabitants of the Mount; the American Revolution; and even the earlier French and Indian War. END_OF_DOCUMENT_TOKEN_TO_BE_REPLACED

Visitors are invited to “hike into history” at a Vermont historic site that Yankee magazine has named the best in New England for doing just that.

On Sunday, August 1st, at 2:00 p.m., Steve Zeoli will lead another of his popular hikes into history at the Mount Independence State Historic Site in Orwell. END_OF_DOCUMENT_TOKEN_TO_BE_REPLACED 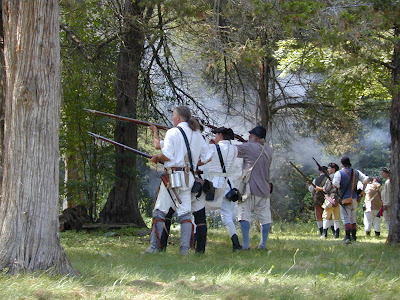 The public is invited to experience the Revolutionary War and the road to American independence as the site of the largest colonial fortification hosts two days of battle re-enactments, demonstrations, and living history activities. The annual “Soldiers Atop the Mount” living history weekend takes place at the Mount Independence State Historic Site in Orwell, Saturday and Sunday, July 24 and 25. END_OF_DOCUMENT_TOKEN_TO_BE_REPLACED