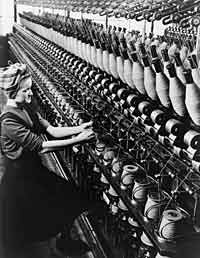 Modestly but eloquently, Sue Fraczek described her life as an Amsterdam mill worker, “When I went to work, I was scared to death. It was my first time in a carpet mill. It was hot. It was noisy.”

Fraczek was surprised to see herself as a young mill worker in a still picture prominently featured in “Historic Views of the Carpet City,” the WMHT-TV documentary on Amsterdam first shown in 2000. Co-producer Steve Dunn chose the picture of the young woman at a yarn twisting machine to symbolize the documentary that he and I produced. END_OF_DOCUMENT_TOKEN_TO_BE_REPLACED

This week “The Historians” podcast features David Brooks from Schoharie Crossing State Historic Site in Fort Hunter with stories from an 1869 journal kept by a Fort Hunter man. David wrote a post on the journal that appeared here on New York History Blog. Listen at “The Historians” online archive at http://www.bobcudmore.com/thehistorians/
END_OF_DOCUMENT_TOKEN_TO_BE_REPLACED 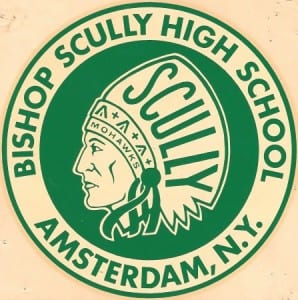 When William Aloysius Scully was bishop of Albany, six new Roman Catholic high schools were established in the diocese. The school that opened on a 62-acre lot on upper Church Street in Amsterdam in 1966, three years before Scully’s death, was named in his honor.

St. Mary’s Institute on Forbes Street, which dates back to 1881, had been the city’s previous Catholic high school. It was adjacent to St. Mary’s Church in the heart of the city. Bishop Scully High school was built near the city’s outer limits. END_OF_DOCUMENT_TOKEN_TO_BE_REPLACED 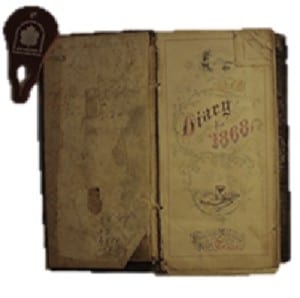 In 1988, a small leather-bound diary was bequeathed to Schoharie Crossing State Historic site by Clarke Blair, who received it from Gertrude Ruck – a descendent of Michael Brown. Brown was one of the brothers that owned and operated the Brown Cash Store located at Lock 30 in Fort Hunter, NY from the mid-19th to early 20th century.

The diarist is unknown – nonetheless, it is obviously a personal journal of a Fort Hunter resident, and references to notable local families, places and events of 1869 fill its yellowed pages. END_OF_DOCUMENT_TOKEN_TO_BE_REPLACED

This week on “The Historians” podcast, Barry Wygel of Time Warner Cable TV News and I talk about the legacy of Mario Cuomo, an interview recorded January 1, the night that former Governor Cuomo died. Then it’s on to the Fonda Reformed Church where I gave a history talk January 5 to the Glen-Mohawk Senior Citizens. Stories are told about Elizabeth Luciano, known as Queen Libby of Fonda; a Perth, N.Y. valedictorian whose name may be inscribed on a plaque on the Moon and Washington Frothingham, a preacher and syndicated newspaper columnist who lived in Fonda. Listen at “The Historians” online archive at http://www.bobcudmore.com/thehistorians/
END_OF_DOCUMENT_TOKEN_TO_BE_REPLACED 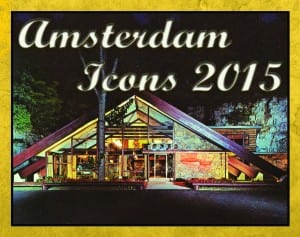 The cover of Historic Amsterdam League’s 2015 calendar is a picture of the former Mohawk Teepee restaurant, built in an abandoned rock quarry adjacent to a waterfall in Amsterdam’s East End.

The Mohawk Teepee was the brainchild of Myron and Lidia Bazar, both natives of Ukraine. Myron was born in Ternopil and Lidia in Boryslav, according to Ukrainian Weekly. END_OF_DOCUMENT_TOKEN_TO_BE_REPLACED

This week on “The Historians” podcast, an interview with Jerry Snyder of Historic Amsterdam League (HAL) on bygone eateries ranging from one of the first restaurants in the Mohawk Valley to be recommended by Duncan Hines, to side-by-side diners frequented by Kirk Douglas’s father, to an unusual fine dining restaurant built in an abandoned rock quarry. Pictures of the dining establishments are found in HAL’s 2015 Amsterdam Icons calendar. 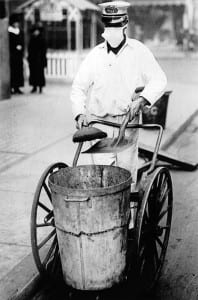 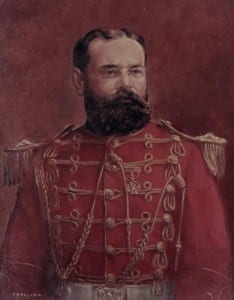 Jessie Zoller was born in 1856 in the hamlet of Hallsville in the town of Minden. Minden historian Christine Oarr Eggleston said Jesse was the daughter of egg farmer Abram Zoller and his wife Alma Tuttle Zoller. After the Civil War, Abram Zoller held a high post in the U.S. Treasury and his wife and daughter were living with him in Washington. END_OF_DOCUMENT_TOKEN_TO_BE_REPLACED 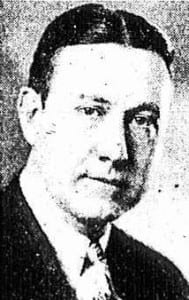 The nation was gripped by the Depression. An estimated ten thousand people turned out in Amsterdam on a raw and windy November 9, two days after the city election, to parade for economic revival. END_OF_DOCUMENT_TOKEN_TO_BE_REPLACED