The end of 1873 ushered in change at the Saratoga County Poorhouse in the form of a brand-new building, along with a novelty the residents had never before enjoyed – a Christmas tree. END_OF_DOCUMENT_TOKEN_TO_BE_REPLACED

By 1657, Tjerck DeWitt married Barber (Barbara) Andrieszen (also Andriessen) in the New Amsterdam Dutch Church and moved to Beverwyck (now Albany). While in Beverwyck, he purchased a house. At this time Albany contained 342 houses and about 1,000 residents, about 600 of whom were members of the Dutch Church. END_OF_DOCUMENT_TOKEN_TO_BE_REPLACED

The New York State Department of Environmental Conservation (DEC) has announced the addition of 219 acres of land formally belonging to Camp Boyhaven to the Middle Grove State Forest in the town of Milton, Saratoga County.

Camp Boyhaven was established in 1924 as one of the longest operating Boy Scout camps in New York State, serving scouts from Schenectady County and the greater Capital District. END_OF_DOCUMENT_TOKEN_TO_BE_REPLACED 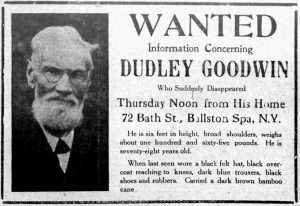 Usually known as Dudley Goodwin, his name was sometimes given as M. Dudley Goodwin (which is what appears on his tombstone). According to information on Find-A-Grave, his first name was Madison. He was born in Fulton County, on the second day of April, 1844. A sister was also born in Fulton County, about 1841, but Dudley’s other siblings were born in Saratoga County. END_OF_DOCUMENT_TOKEN_TO_BE_REPLACED 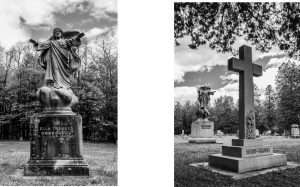 Standing like a sentinel over it all is a large statue of Christ. On two sides are engraved the names Ella Frances Wood-Mann and her husband Enos Rogers Mann. This monument sits adjacent to Wood family plots, where over the years Ella’s parents and other family members have been laid to rest. END_OF_DOCUMENT_TOKEN_TO_BE_REPLACED

There have been many noted murder trials in Saratoga county since the first court was held in the town of Stillwater May 10, 1791 – 100 years ago. The court now in session at Ballston Spa meets about five miles from where the first court was held, at the residence of Samuel Clark, near East Line, Judge John Thompson of Stillwater [then] presiding, he having received the appointment as the first judge of Saratoga county from Governor Clinton. END_OF_DOCUMENT_TOKEN_TO_BE_REPLACED 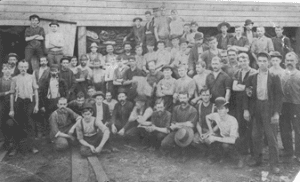 Locally renowned Revolutionary War Lt. Colonel James Gordon became an early entrepreneur after the war. He built one of Milton’s earliest gristmills on the creek by 1800 as well as other small mills to the south in the Town of Ballston. END_OF_DOCUMENT_TOKEN_TO_BE_REPLACED 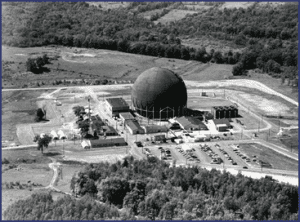 The Kesselring Site was built by the United States Government for the purpose of training nuclear officers and enlisted sailors to operate the United States Navy’s nuclear-powered aircraft carriers and submarines. END_OF_DOCUMENT_TOKEN_TO_BE_REPLACED

The Saratoga County History Roundtable is set to present its 2019 Town of Milton Heritage Award, celebrating the 70th anniversary of the Kenneth A. Kesselring Site, on Wednesday, September 18th at 7 pm.

Listen to the podcast here. END_OF_DOCUMENT_TOKEN_TO_BE_REPLACED