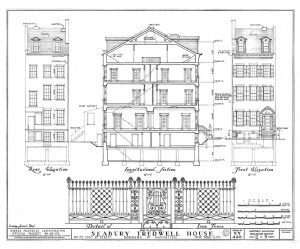 Anthony Bellov will lead this virtual tour of the home of the Tredwell family and their Irish servants. The tour will look at all five stories, from the steep front stoop (made of glistening white marble, the dominant ornamental stone in the early/mid 19th century) to the crawl-space of the attic (featuring a remnant from the house next door, long since demolished). END_OF_DOCUMENT_TOKEN_TO_BE_REPLACED 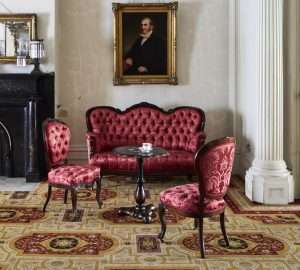 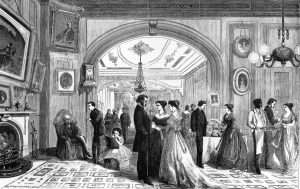 Paying social calls on friends and family on New Year’s Day was one of Old New York’s most cherished customs. Join us – virtually – for good cheer to toast the New Year and learn how New Yorkers celebrated the day.

In this immersive video experience, we’ll go back in time to the mid-19th century and hear how they decked the house for New Year’s Day and prepared their lists of social calls. END_OF_DOCUMENT_TOKEN_TO_BE_REPLACED 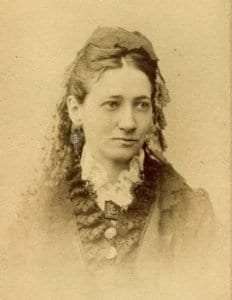 Gertrude Tredwell was born in 1840 at 29 East Fourth Street, lived her entire life in that 1832 rowhouse and observed New York grow from a city of 313,000 people to a megalopolis housing nearly 7 million.

When Gertrude was born, the area surrounding her home was among the city’s most fashionable and Fifth Avenue north of 34th Street was still considered the countryside. By 1933, when Gertrude died, at the age of 93, the luxury apartment craze was gripping the city and nearly every trace of rural Manhattan had been wiped away. END_OF_DOCUMENT_TOKEN_TO_BE_REPLACED