This week on “The Historians” podcast Radio Boston news producer Jamie Bologna of WBUR-FM interviews Bob Cudmore about Cudmore’s years as a radio reporter in Pittsfield, Massachusetts, when GE was starting to downsize there. Listen to the podcast here. Listen to WBUR’s finished reports on the story here. END_OF_DOCUMENT_TOKEN_TO_BE_REPLACED

After achieving independence from Great Britain, the new United States and its member states had to pay war debts. As the national government lacked the power to tax its citizens, the problem of paying war debts fell to the states.

Many states tried to solve the post-war debt problem by paying state debts before national debts. But Massachusetts tried to pay both. Its strategy created hardship for many Bay Staters and ultimately sparked a rebellion.

In this episode of the Ben Franklin’s World podcast, Sean Condon, a Professor of History at Merrimack College, joins us to investigate the rebellion, which we remember today as Shays’ Rebellion. You can listen to the podcast here: www.benfranklinsworld.com/087

END_OF_DOCUMENT_TOKEN_TO_BE_REPLACED

But how do you gain access to one? And how do you use an archive once you find that it likely contains the information you seek?

In this episode of the Ben Franklin’s World podcast, we investigate how archives work with Peter Drummey, an archivist and the Stephen T. Riley Librarian at the Massachusetts Historical Society. You can listen to the podcast here: www.benfranklinsworld.com/075

END_OF_DOCUMENT_TOKEN_TO_BE_REPLACED 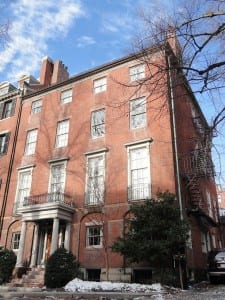 The Colonial Society of Massachusetts has announced the 2014 Walter Muir Whitehill Prize in Early American History.

This prize of $2,500, established in memory of Walter Muir Whitehill, for many years Editor of Publications for the Colonial Society and the moving force behind the organization, will be awarded for a distinguished essay on early American history (up to 1825), not previously published, with preference being given to New England subjects. The Society hopes that the prize may be awarded annually. END_OF_DOCUMENT_TOKEN_TO_BE_REPLACED 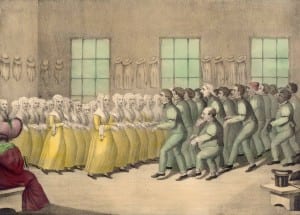 In the late 1700s, the Shakers sought religious freedom in America, but their unique culture and spiritual practices set them apart from society. Their devotional routines as well as their product innovations and views towards gender equality seemed revolutionary. END_OF_DOCUMENT_TOKEN_TO_BE_REPLACED 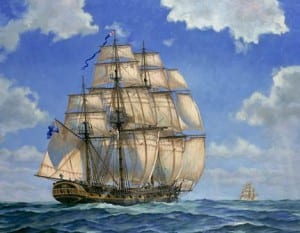 Late in June of 1776, the New York Provincial Convention (NYPC) received a troubling report from the Dutchess County Committee of Safety. It said that Poughkeepsie officials and patriot warships were being threatened by loyalists, so-called Tories. END_OF_DOCUMENT_TOKEN_TO_BE_REPLACED

While it was customary to name a battle after its location, participants or some other feature, these conventions were overlooked in this case and the involvement of Egremont, Massachusetts militiamen seems to be the primary reason for the naming of the battle. However, many participants were from New York militia units, and the battle actually took place in New York. The battle was actually a series of four skirmishes that occurred over two-days. END_OF_DOCUMENT_TOKEN_TO_BE_REPLACED

Like other nearby communities, Schaghticoke was all but abandoned during late summer and fall of 1777. An 8,000 man British Army, invading the Hudson River Valley, was reason enough for most residents to flee to safer places. Many of these refugees went to Albany to escape the threats of war. This article describes the activities of New England militiamen in and around Schaghticoke during the Saratoga Campaign. END_OF_DOCUMENT_TOKEN_TO_BE_REPLACED 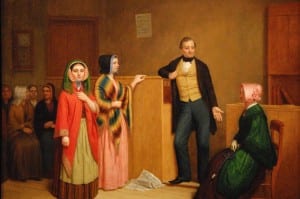 Referred to as “the great literary detective” by one of the 19th century’s foremost orators and political speechmakers, Robert G. Ingersoll, Burr was born in Gloversville on April 15, 1819. His father, James Burr, was one of the founders of the glove industry in the community, once known as Stump City. END_OF_DOCUMENT_TOKEN_TO_BE_REPLACED 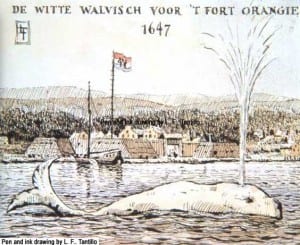 Diane Duprey, a retired social studies teacher now President Southeastern Council for the Social Studies, has created her own Path Through History. It includes many of the elements I’ve been advocating a path should include. It features multiple activities and sites including talks, walks, tours, and a cruise – a traditional favorite all combined in a multi-day program with lodging before the summer rates kick in.