Answers to those questions are among the findings of the National Monument Audit, a first-of-its-kind report issued by Monument Lab, a Philadelphia-based nonprofit art and history studio. END_OF_DOCUMENT_TOKEN_TO_BE_REPLACED 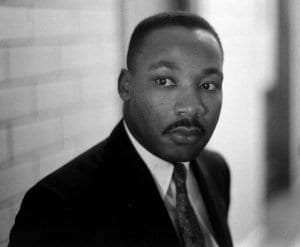 In October of 1960, Martin Luther King, Jr. delivered a speech entitled “The Future of Integration” at the annual convention of the Retail, Wholesale and Department Store Union in the Catskills at the Laurels Country Club in Sackett Lake, Sullivan County, NY.

Less than two weeks after that October 8th appearance, he was sitting in jail for attempting to integrate the lunch counter at Rich’s Department Store in Atlanta, Georgia. END_OF_DOCUMENT_TOKEN_TO_BE_REPLACED