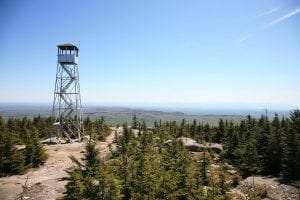 It was a mess compared to paths built by modern trail crews. In 2006, ADK’s Algonquin Chapter completed the plans for a new trail, which was built in the summer of 2008. END_OF_DOCUMENT_TOKEN_TO_BE_REPLACED 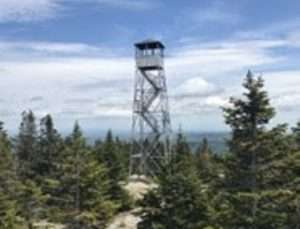 With a rich history of mining, Lyon Mountain is a towering peak in the Chazy Highlands Wild Forest in Clinton County, NY.

The mining started in the 1860s and continued until 1967. It produced some of the purest iron ore in the world, and some of that ore was even used to build the Golden Gate Bridge. END_OF_DOCUMENT_TOKEN_TO_BE_REPLACED 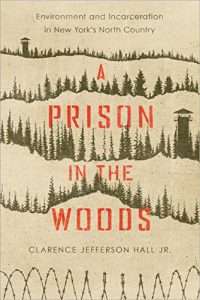 Hall’s own personal history adds an interesting aspect to his narrative. His father worked for the New York prison system from 1973 to 1998, mostly at the maximum security Clinton Correctional Facility in Dannemora. He states that “the rhythms of the prison system became natural to our family, just as they did for so many other families in towns and villages across the Adirondacks.” END_OF_DOCUMENT_TOKEN_TO_BE_REPLACED 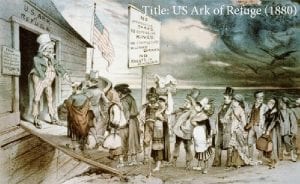 Spending so much time conducting research in old books and newspapers, I’m often left shaking my head when today’s news headlines call to mind a favorite saying: “Those who don’t know history are condemned to repeat it.” We use the concept all the time for personal decisions.

Before making a purchase — car, washing machine, cable package, cell phone — have you ever referred to a magazine like Consumer Reports, read online reviews, or asked a friend how their own choice worked out? If so, you checked with history to avoid making a poor choice. It’s a simple concept: learn a product’s history and you’re not doomed to repeat it. END_OF_DOCUMENT_TOKEN_TO_BE_REPLACED