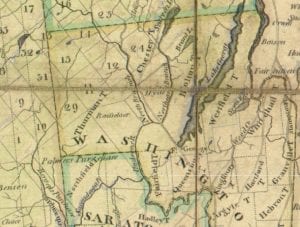 Coincidentally, on that day Jesse Zuccaro, a student who has focused his studies on early bayonets, happened to be visiting Starbuck. Together they inspected this new find. After careful examination they concluded it was French in design and probably dated between 1728 and the 1740s. Twenty thousand of these bayonets were made and sent to New France prior to the American Revolution. END_OF_DOCUMENT_TOKEN_TO_BE_REPLACED