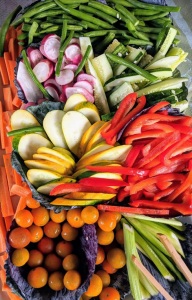 As part of THAWfest, Amagansett Food Institute and the Southampton History Museum will co-host a hands-on workshop with Chef Jack Formica, who will focus on foods regionally available, with a particular emphasis on living/raw foods. END_OF_DOCUMENT_TOKEN_TO_BE_REPLACED 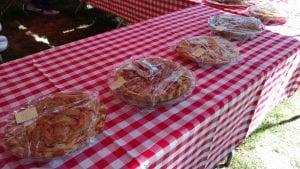 The Annual Long Island Apple Festival will be held on Sunday, September 24th, from 11 am to 4:30 pm at the Sherwood-Jayne Farm, 55 Old Post Road, in East Setauket.

The 18th century Sherwood-Jayne Farm retains its original apple orchard, where some of the trees are over 100 years old. END_OF_DOCUMENT_TOKEN_TO_BE_REPLACED

Activities include boiling maple sap to syrup, making jack wax candy, baking molasses cornbread and waffles over an open fire, hewing a log into a trough and making wooden buckets and spiles which were used to collect the sap. The First Ulster Militia will re-enact a raid on the sugar bush. Mark Rust will perform traditional 18th century music on a variety of musical instruments including banjo, violin, guitar and spoons. END_OF_DOCUMENT_TOKEN_TO_BE_REPLACED