The Women’s House of Detention, a landmark that ushered in the modern era of women’s imprisonment, is now largely forgotten. But when it stood in New York City’s Greenwich Village, from 1929 to 1974, it was a nexus for the tens of thousands of women, transgender men, and gender-nonconforming people who inhabited its crowded cells.

Some of these inmates — Angela Davis, Andrea Dworkin, Afeni Shakur — were famous, but the vast majority were incarcerated for the crimes of being poor and improperly feminine. Today, approximately 40 percent of the people in women’s prisons identify as queer; in earlier decades, that percentage was almost certainly higher. END_OF_DOCUMENT_TOKEN_TO_BE_REPLACED 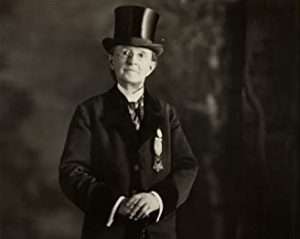 In the new book Public Faces, Secret Lives: A Queer History of the Women’s Suffrage Movement (NYU Press, 2022) Wendy L. Rouse of San Jose State University reveals that the suffrage movement included individuals who represented a range of genders and sexualities. However, owing to the constant pressure to present a “respectable” public image, suffrage leaders publicly conformed to gendered views of ideal womanhood in order to make women’s suffrage more palatable to the public. END_OF_DOCUMENT_TOKEN_TO_BE_REPLACED 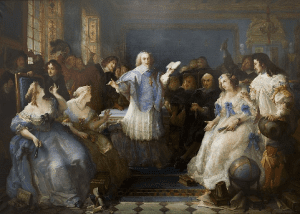 When Benjamin Franklin traveled to Paris in 1776 seeking support for the Revolution, the old charmer became a popular guest at the city’s glittering salons. His successor Thomas Jefferson continued his PR work and established contacts with the city’s most prominent salonnières. Thomas Paine too was a visitor of various salons. Thanks to their socio-diplomatic involvement, the American Revolution became a central topic of discussion at such gatherings. END_OF_DOCUMENT_TOKEN_TO_BE_REPLACED

In honor of the second anniversary of the passage of the Gender Expression Non-Discrimination Act (GENDA), the Division of Human Rights (DHR) and other NYS agencies, in conjunction with Gender Equality New York (GENY) and New York Trans Advocacy Group (NYTAG), are hosting a virtual town hall on Monday, January 25th. END_OF_DOCUMENT_TOKEN_TO_BE_REPLACED

Out of all the months in the year, why June? END_OF_DOCUMENT_TOKEN_TO_BE_REPLACED 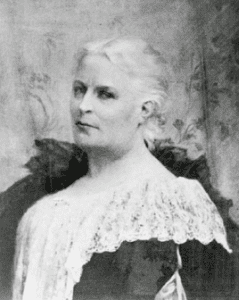 Marie Souvestre was born on April 28, 1830 in Brest, the daughter of a novelist. In 1846, her father Émile published the dystopian novel Le monde tel qu’il sera. Set in the year 3000, the story features remarkable predictions on the role of science in society, and contains reflections on future parenthood and education. He would certainly have inspired his daughter’s alternative ideas about learning in general, and the teaching of young women in particular. Having remained in the shadow of the mighty Jules Verne who stole the limelight, Émile Souvestre deserves renewed critical attention. END_OF_DOCUMENT_TOKEN_TO_BE_REPLACED 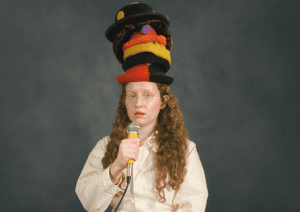 The Brooklyn Museum is set to celebrate their exhibit Out of Place: A Feminist Look at the Collection during Women’s History Month on March 7th, as part of their First Saturday programs.

Throughout the evening, women and nonbinary artists from across Brooklyn explore how gender maps onto our bodies, our histories, and our political movements. Highlights include an artist talk with Naima Green, a Night Market, and music from Sammus. END_OF_DOCUMENT_TOKEN_TO_BE_REPLACED

New York State history is rich in stories of LGBTQ+ people, their accomplishments, and their fight for equality. Until recently, these stories were underrepresented in the New York State Museum’s collections. Senior historian Ashley Hopkins-Benton will talk about the LGBTQ+ artifacts the Museum currently has, the hidden stories in the collection, and how the museum plans to work to grow the collection in the future. END_OF_DOCUMENT_TOKEN_TO_BE_REPLACED 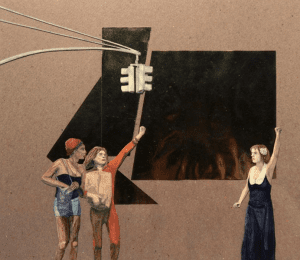 The Brooklyn Museum has announced “Nobody Promised You Tomorrow: Art 50 Years After Stonewall,” an exhibition featuring twenty-two contemporary LGBTQ+ artists whose work honors the fight for queer liberation in the years since the 1969 Stonewall Uprising – on view May 3 through December 8, 2019. END_OF_DOCUMENT_TOKEN_TO_BE_REPLACED

The Community Center has been operating at 208 W. 13th Street since 1983. The entire building is intended to be a safe and welcoming place “where everyone is celebrated for who they are.” Today, the Center is an effervescent hub, and sponsors a broad-range of activities and programs for the lesbian, gay and transgender community, including health and wellness, arts and entertainment, and counseling. END_OF_DOCUMENT_TOKEN_TO_BE_REPLACED