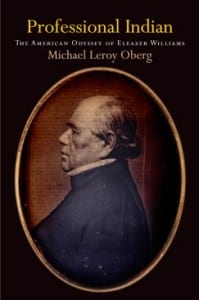 He was not alone: as Oberg shows, many Indians became missionaries and settlers and played a vital role in westward expansion. Through the larger-than-life biography of Eleazer Williams, Professional Indian uncovers how Indians fought for place and agency in a world that was rapidly trying to erase them. END_OF_DOCUMENT_TOKEN_TO_BE_REPLACED