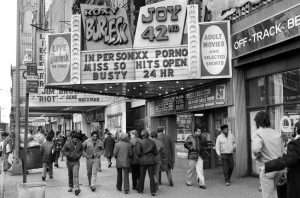 This was partially because of improvements in the city’s manufacturing economy during the two world wars, and because of the New Deal social welfare policies pioneered by Al Smith and Frances Perkins. END_OF_DOCUMENT_TOKEN_TO_BE_REPLACED 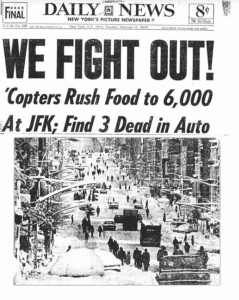 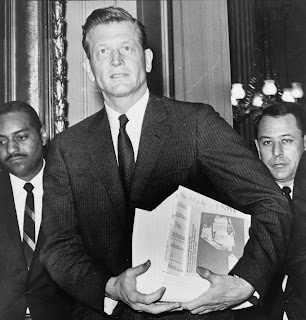 America’s Mayor: John V. Lindsay and the Reinvention New York, an exhibition on view at the Museum of the City of New York from May 5 through October 3, 2010, will examine the controversial career and dramatic times of New York’s 103rd mayor. The exhibition presents John V. Lindsay’s efforts to govern a city that was undergoing dramatic changes and that was at the center of the upheavals of the 1960s and 1970s; it will highlight Mayor Lindsay’s ambitious initiatives to redefine New York’s government, economy, culture, and public life. Through his outspoken championship of urban values, commitment to civil rights, and opposition to the Vietnam war, Lindsay emerged as a national figure in a troubled and exhilarating era; yet the costs of his approach included the alienation of many members of the white working class and an increasingly out-of-control city budget.

America’s Mayor: John V. Lindsay and the Reinvention of New York will be launched with a symposium moderated by Sam Roberts on May 4, 2010 at 5:30 pm. to be followed by an opening reception. A companion publication of the same title accompanies the exhibition; it is co-published by the Museum and the Columbia University Press and is edited by Sam Roberts.

The exhibition will open with a sketch of the problems facing the city in 1965, the year that Lindsay first ran for mayor, in which a New York Herald Tribune series declared New York to be a “city in crisis.” Problems included poverty, racial tensions, a failing education system, crumbling infrastructure, and questionable accounting practices. Television commercials created by David Garth for the Lindsay campaign will be on view at the beginning of the exhibition; these highlighted his youth and charismatic good looks. He campaigned as a fresh alternative to the Democratic establishment and backroom politics, and as a candidate ready to take on the problems of the city, to embrace minority communities, and to use government to change New York for the better. Lindsay’s bold campaign will be documented through posters, fliers, bumper stickers, buttons, cartoons, and documents including a handwritten schedule showing his speaking schedule in New York’s ethnic neighborhoods.

The exhibition will go on to show that Lindsay’s inauguration as mayor threw him directly into a cauldron of race, class, and political tensions. This section of America’s Mayor: John V. Lindsay and the Reinvention of New York will open with his first day in office, when the first transit strike against the New York City Transit Authority paralyzed buses and subways for 12 days. The dramatic confrontation between Lindsay and Michael J. Quill of the Transit Workers Union highlighted the risks of Lindsay’s new labor strategy, and ultimately, despite Mayor Lindsay’s tough talk, the settlement led to a victory for the TWU that paved the way for expensive contracts with other municipal workers during both of Lindsay’s two terms.

In the years that followed, Lindsay engaged other volatile issues of a city transformed by increasing unrest. A major focus of the exhibition will be his bold initiatives with the black community; through photographs, video, and original documents, the exhibition will show Lindsay’s commitment to reaching out to minority neighborhoods and to addressing the problems of what he called “two cities, separate and unequal.” A particularly dramatic part of this section of the exhibition will be a rare photograph of Lindsay visiting the streets of Harlem on the night of the assassination of the Rev. Dr. Martin Luther King Jr., and video of his press conference the next day. Lindsay’s relations with black New Yorkers are credited with helping to prevent wide scale riots like those that devastated other American cities.

On the other hand, as the exhibition shows, Lindsay’s efforts to aid the black community and to enhance community control led to racially charged controversies such as the fight over civilian review of the police, the Ocean Hill-Brownville school crisis, and white middle-class anger over failure to plow the snow from the streets in the outer boroughs that almost cost him reelection in 1969. Yet at the same time, in the atmosphere of the growing militancy of the late 1960s, as expressed in the movements for women’s rights, gay rights, Latino rights, and against the Vietnam war, Lindsay emerged as a hero to many because of his support of the antiwar movement, his defense of free speech, and his championship of justice for the disempowered. The exhibition showcases pro- and anti-Lindsay picket signs, fliers, buttons, and photographs of demonstrations on a variety of causes.

Another section of the exhibition will explore Lindsay’s ambitious efforts to remake city government for the people and by the people. His approach included expanding the role of government in public welfare, including: increased services, ranging from open enrollment in the city universities to air-conditioning subway cars; ambitious public health initiatives, such as anti-lead poisoning campaigns and drug addiction clinics; pioneering regulatory agencies to protect the public good, such as the nation’s first Environmental Protection agency and the nation’s first Consumer Affairs agency; and groundbreaking focus on urban design in planning, creating special zoning districts and using such tools as incentive zoning and banking air rights to leverage private development dollars to achieve public ends. This section of the exhibition will show striking renderings of built and proposed initiatives such as the proposed Madison Avenue pedestrian mall, Manhattan landing, and the South Street Special District. It will also highlight Lindsay’s emphasis on community participation and decentralization, through tools such as “Little City Halls” in the neighborhoods and community planning boards.

These new and expanded programs were expensive, however, and the exhibition will explore the spiraling costs of welfare, education, generous labor contracts, and other municipal services, along with the diminution of resources to pay for them, as the national economy entered recession and the support of the federal and state government was scaled back. The exhibition will present the debate over the management of the budget by Lindsay and the city comptroller, Abraham Beame, who would go on to be the 104th mayor of the city and in whose term the financial chicanery involving the city’s budget brought New York to the brink of bankruptcy. The exhibition will conclude with an examination of the evaluation of Lindsay’s effect on the city.

A number of other major initiatives will be taking place in conjunction with the exhibition; these include a PBS documentary, The Lindsay Years, which is scheduled to air on WNET/Channel 13 on May 6th. In addition to public programs organized by the Museum of the City of New York throughout the run of the exhibition, a series of special programs are being organized by the Museum in conjunction with other New York institutions. With John Jay College of Criminal Justice (www.jjay.cuny.edu), the topic of criminal justice and law enforcement will be discussed; with the Paley Center for Media (www.paleycenter.org) Mayor Lindsay’s relationship with the press will be explored and with the Zicklin School of Business at Baruch College (the Mayor’s urban management innovations will be reassessed). For information and reservations, visit www.jjay.cuny.edu, www.paleycenter.org, and/or www.zicklin.baruch.cuny.edu.