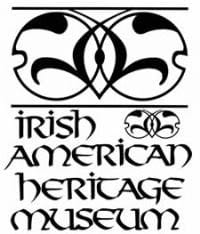 Beyond 2022 is working to recreate, digitally, Ireland‘s lost national treasure. This all-island and international research program combines historical research, archival discovery and technical innovation to track down copies and transcripts of original records lost in 1922.

Reuniting collections scattered around the globe, the aim of Beyond 2022 is to launch the Virtual Record Treasury of Ireland — an open-access, virtual reconstruction of the Record Treasury destroyed at the Public Record Office of Ireland in the Four Courts Fire of 1922.

END_OF_DOCUMENT_TOKEN_TO_BE_REPLACED 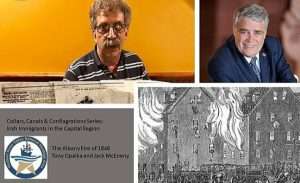 During the Great Albany Fire of 1848 ten people died and scores were injured in the blaze which burned for about six hours. Almost 600 buildings, including rows of residences, were destroyed.

The burned section amounted to the city’s entire commercial heart, and it disrupted mercantile trade and dealt a severe and lasting economic blow. At the time of The Great Fire, Albany had an all-volunteer firefighting force – many of them Irish Americans. END_OF_DOCUMENT_TOKEN_TO_BE_REPLACED

This talk will look at the hidden history of an opioid addiction epidemic that plagued veterans in aftermath of the Civil War – America’s first opioid crisis. Employing gender, social, and medical history, Jones investigates the causes and tragic consequences of drug addiction for Civil War veterans and their families, as well as the radical responses by the American medical community and government authorities to the addiction crisis. END_OF_DOCUMENT_TOKEN_TO_BE_REPLACED

At what is also known as the Bogside Massacre, British soldiers shot 26 unarmed civilians during a protest march in the Bogside area of Derry, Northern Ireland. Campbell has a personal connection to the events of that day — her uncle, Jackie Duddy, was the first to be killed on January 30, 1972 — and she has spent the last decade documenting and archiving experiences of the day. END_OF_DOCUMENT_TOKEN_TO_BE_REPLACED

The Irish American Heritage Museum will host Historian Turtle Bunbury, author of new book The Irish Diaspora: Tales of Emigration, Exile and Imperialism (Thames & Hudson, 2021) on Wednesday, January 19, 2022 who will share stories of Irish emigrants and their descendants.

Through the compelling stories of the great Irish pioneers who left their homeland and in the process profoundly influenced their adoptive countries, Bunbury takes some overlooked events and characters and weaves them into a history of the Irish abroad. END_OF_DOCUMENT_TOKEN_TO_BE_REPLACED 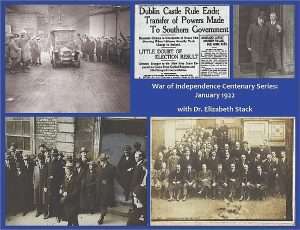 On January 16th 1922 “the most significant event in Irish history for hundreds of years” took place at Dublin Castle when the last Viceroy of Ireland handed over the machinery of government to the new provisional government. But the North was still an issue and peace was far from guaranteed.

The resulting Irish War of Independence was a guerrilla war fought from 1919 to 1921 between the Irish Republican Army (IRA, the army of the Irish Republic) and British forces, including the British Army, the quasi-military Royal Irish Constabulary (RIC) and its paramilitary forces, the Auxiliaries and Ulster Special Constabulary (USC). END_OF_DOCUMENT_TOKEN_TO_BE_REPLACED

The Irish American Heritage Museum, located at 21 Quackenbush Square in Albany, has announced their scheduled events for December, including a Christmas Market, a Christmas Concert, readings and songs, and more.

Unless otherwise stated, all events can be attended in person at the Museum and will be streamed live on YouTube. END_OF_DOCUMENT_TOKEN_TO_BE_REPLACED 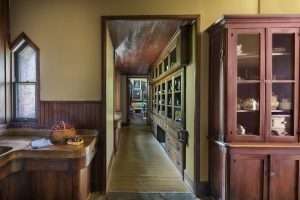 The Irish American Heritage Museum will host “Behind the Butler’s Pantry – Olana and the Lives of Irish Servants in the Hudson Valley,” a virtual conversation about the lives of Irish immigrants and their families who worked as servants at Frederic Church’s Olana on November 18th. END_OF_DOCUMENT_TOKEN_TO_BE_REPLACED