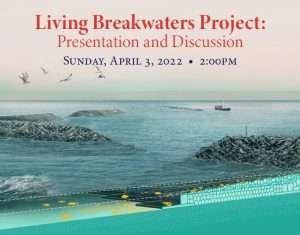 The breakwaters are designed to reduce the impact of climate-intensified weather events on the low-lying coastal community of Tottenville, which experienced some of the most damaging waves in the region and tragic loss of life during Superstorm Sandy in 2012. END_OF_DOCUMENT_TOKEN_TO_BE_REPLACED 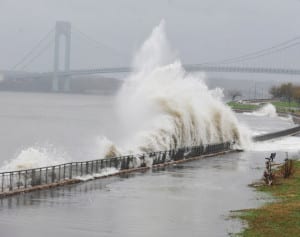 The projects are the second round of funding under the program. Last year, more than $5 million was awarded to 14 historically significant properties that suffered severe damage from Superstorm Sandy. END_OF_DOCUMENT_TOKEN_TO_BE_REPLACED

The recent revival of “Evacuation Day” – November 25, 1783, the day British military forces left New York City at the end of the Revolution – is a reminder of New York City’s resilience. The city had been occupied for several years but soon after the British left and New Yorkers got control of their city, it began a recovery and remarkable upward trajectory.

Since 2013 the Rockefeller Foundation has been celebrating its 100th Anniversary with a focus on resilience, a theme devised to match its mission of global engagement with big problems. Judith Rodin, the president of Rockefeller Foundation has even found time to write a whole book, The Resilience Dividend: Being Strong in a World Where Things Go Wrong. Mayor de Blasio has an Office of Resilience and Recovery run by Daniel Zarrilli, and New York has won a place in the 100 Resilient Cities Project which is trying to build stronger urban systems to resist catastrophes before they happen. But the waters are rising, and New York has been drenched again and again. Can human actions defy the cycle of damage and the predictions of future devastation proclaimed with every conference on climate change and disaster’s aftermath? END_OF_DOCUMENT_TOKEN_TO_BE_REPLACED 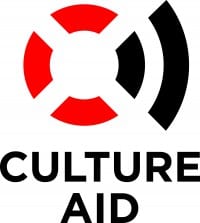 The recent two year anniversary of Hurricane Sandy serves as a reminder of how vulnerable cultural organizations can be when confronted by natural disasters.

CultureAID (Culture Active in Disasters) was established to keep New York City’s arts and cultural communities better connected in time of disaster – whether natural or manmade. The network is a volunteer-based communication system, designed to systematize messages about preparedness as well as recovery-related information and resources. END_OF_DOCUMENT_TOKEN_TO_BE_REPLACED 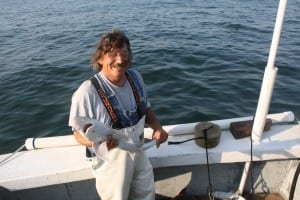 The program is the culminating event of ongoing documentation by Long Island Traditions folklorist and executive director Nancy Solomon. Since 1987 Solomon has been documenting the culture and traditions of Long Island maritime tradition bearers, ranging from decoy carvers and driftwood painters to trap builders, boat model makers and net menders. END_OF_DOCUMENT_TOKEN_TO_BE_REPLACED

When Hurricane Sandy hit New York, it revealed the constructive role cultural groups can play as community hubs and service providers, particularly in troubling times. Many cultural organizations responded to this terrible storm by helping out in ways big and small, from distributing emergency resources, to extending hours, to acting as gathering places where people could hear the news and plug in their cell phones. In doing so, these local libraries, museums, and cultural institutions showed their importance as community anchors at a time when New Yorkers needed it most.

At the same time, Sandy’s waters didn’t discriminate, and many cultural organizations across the city were affected: libraries lost collections, historic sites were compromised, and museums were forced to close their doors for extensive clean up. END_OF_DOCUMENT_TOKEN_TO_BE_REPLACED 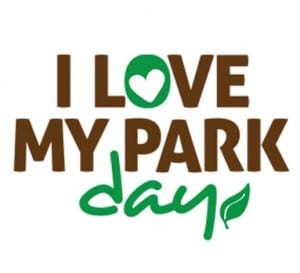 Volunteers can now sign up for the second annual “I Love My Park Day” on May 4th – a statewide effort to help clean up and beautify New York’s state parks and historical sites. At last year’s event, thousands of New Yorkers pitched in to paint, plant, clean, build, and make repairs across the state.

This year’s volunteer effort is especially important as many of our parks are still recovering from damage caused by Hurricane Sandy. New York’s parks are one of our state’s most treasured assets, and this event helps ensure that New Yorkers and visitors to our state can continue to enjoy and appreciate New York’s natural beauty. To find an event near you and sign up, click here.

As people blow dry the mold from basement walls and vacuum Sandy from corners and carpets, city activists gathered in a forum sponsored by the Municipal Art Society and Columbia University’s Center for Urban Real Estate, called “Sink or Swim: Waterfront Restoration in a Post-Sandy Era.”
END_OF_DOCUMENT_TOKEN_TO_BE_REPLACED