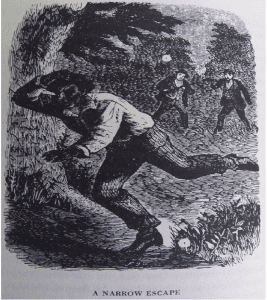 The Underground Railroad, often characterized by tunnels, dark of night escapes, coded language and secret hiding places, was far more extensive and complex than these ideas have led us to believe.

In the midst of significant pro-slavery sentiment, New York State was home to many abolitionists working to end the institution of enslavement in our state and nation and it was visited by many who had escaped enslavement and sought a life of freedom. END_OF_DOCUMENT_TOKEN_TO_BE_REPLACED