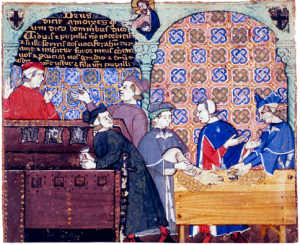 The source and context of the topographic Warburg surname throws light on complex historical patterns of migration. END_OF_DOCUMENT_TOKEN_TO_BE_REPLACED

This week’s guest on The Historians Podcast is Marty Brounstein, author of Two Among the Righteous Few: A Story of Courage in the Holocaust. The book tells the story of Frans and Mien Wijnakker, two Dutch Christians who sheltered Dutch Jews in World War II. END_OF_DOCUMENT_TOKEN_TO_BE_REPLACED

This week on “The Historians” podcast, Janet Lee Berg discusses her novel Rembrandt’s Shadow (Post Hill Press, 2016) Her book is based on the true story of her husband Bruce Berg’s family during the Holocaust in the Netherlands.  Two of his ancestors were art dealers who traded valuable paintings to the Nazis for Jewish lives.  Some family members relocated to New York State. Listen to the podcast here.     END_OF_DOCUMENT_TOKEN_TO_BE_REPLACED