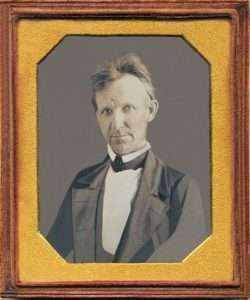 In his classic The Souls of Black Folk (1903), the famous activist, sociologist, and historian W. E. B. Du Bois, tells of how Alexander Crummell told Du Bois that he had experienced “three years of perfect equality” under the tutelage of Rev. Beriah Green when a student at Oneida Institute in Upstate New York.

Crummell, along with Henry Highland Garnet and Thomas Sidney, found an educational haven at Green’s school. They had been admitted to the Noyes Academy in Canaan, New Hampshire, but outraged whites used teams of oxen to drag the academy building away. Crummell and his friends then journeyed to Whitesboro, New York, and enrolled in Green’s school. Du Bois said of Green that “only [a] crank and an abolitionist” would have dared to accept students of color such as Crummell at a time when African Americans were excluded from opportunities for higher education. END_OF_DOCUMENT_TOKEN_TO_BE_REPLACED

Douglass had been asked to speak on Independence Day but with entrenched slavery supported by the recently adopted Fugitive Slave law, how could he? After all, he declared with authority, “What have I, or those I represent, to do with your national independence? Are the great principles of political freedom and natural justice, embodied in the Declaration of Independence, extended to us….I am not included within the pale of this glorious anniversary.” But he was included “within the pale” of another anniversary which was annually observed by African Americans in the State, and it was a chief reason why he chose to speak the following day. During this pre-war period, the July 5th Movement captured and shaped blacks’ identity as a cohesive, active community. END_OF_DOCUMENT_TOKEN_TO_BE_REPLACED 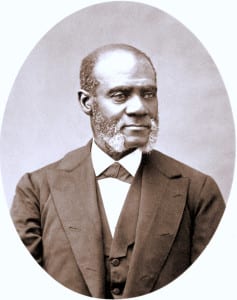 One hundred fifty years ago this week, in an elaborate ceremony, the American flag was raised over Fort Sumter in South Carolina marking a milestone in the Union victory in the Civil War. Two months earlier the U.S. Congress had adopted the 13th Amendment forever abolishing slavery.

Two longtime Brooklyn clergymen – Henry Ward Beecher and Henry Highland Garnet – were central to the ceremonies marking these events. Beecher (1813-1887) is described as the most famous man in America at the time of the Civil War, while Garnet (1815-1882) was well-known in the free blacks, but prior to the Civil War, was known to relatively few outside that community. END_OF_DOCUMENT_TOKEN_TO_BE_REPLACED