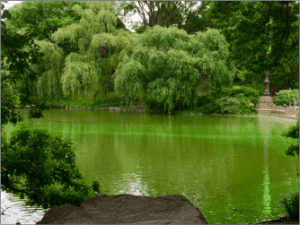 The 11th U.S. Symposium on Harmful Algae will be held October 23rd through 28th, 2022, at the Hilton in Albany. The theme is “Science to Support Solutions from Shore to Shore,” and the intended audience is water managers, researchers and government officials. END_OF_DOCUMENT_TOKEN_TO_BE_REPLACED

When air and water meet, such as when it rains, air pollution can easily turn into water pollution. Waterways can receive a lot of pollution this way from both rain and run-off.

Air pollution can damage fragile aquatic ecosystems, with one of the most harmful pollutants being nitrogen. END_OF_DOCUMENT_TOKEN_TO_BE_REPLACED 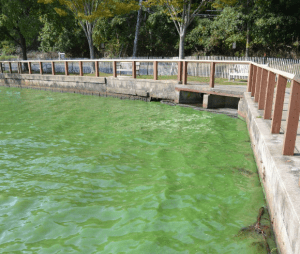 The New York State Department of Environmental Conservation (DEC) has announced the start of a new research project to evaluate the potential efficacy of ultrasonic devices to reduce harmful algal blooms (HABs) on Lake Agawam in the village of Southampton on Long Island. END_OF_DOCUMENT_TOKEN_TO_BE_REPLACED 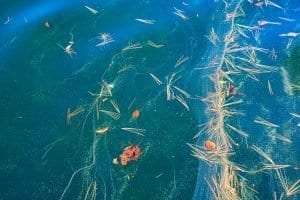 The Paul Smith’s College Adirondack Watershed Institute (AWI) has confirmed the presence of a harmful algal bloom (HAB) in Mirror Lake in the Village of Lake Placid.

On Monday, November 9th, a concerned citizen contacted the Mirror Lake Watershed Association to report a suspicious algal bloom at the south end of the lake. A sample delivered to the AWI lab later that day was analyzed and confirmed the dominant algae to be a species cyanobacteria capable of producing cyanotoxins, harmful to people, pets, and wildlife. END_OF_DOCUMENT_TOKEN_TO_BE_REPLACED