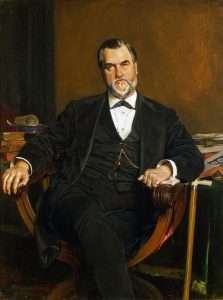 Leland was born in Watervliet in 1824, the son of Josiah Stanford and Elizabeth Phillips. Among his seven siblings were New York Senator Charles Stanford (1819-1885) and Australian spiritualist Thomas Welton Stanford (1832-1918). The elder Stanford was a wealthy farmer in the eastern Mohawk Valley before moving to the Lisha Kill in Albany County where Leland was born. END_OF_DOCUMENT_TOKEN_TO_BE_REPLACED