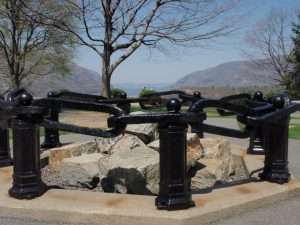 “The importance of the Hudson River in the present contest, and the necessity of defending it, are subjects which have been so frequently and fully discussed and are so well understood that it is unnecessary to enlarge upon them.” – George Washington

It is hard to imagine a time in the United States when highways did not exist, but that was certainly the case at the time of the Revolutionary War. Some cities could brag of their cobblestone streets but once outside the residential area, roads could best be described as single-lane dirt paths, frozen solid but probably covered with snow in winter, mud bogs in spring, and deeply rutted, jarring, swaying and unstable conveyances the rest of the year.

A small military wagon could move along only as fast as a team of oxen could pull it. Moving armies and cannon along these roadways was a slow, difficult undertaking, offering opposing forces considerable advance notice and many opportunities to thwart progress or attack. END_OF_DOCUMENT_TOKEN_TO_BE_REPLACED

He was very aggressive and had been a stalwart advocate of invading Canada and driving the French out of North America. Shirley had written a strong criticism of the New York Congress for its resistance to an invasion of Canada in 1748. He was upset when New Jersey and Rhode Island refused to cooperate in the invasion because they were not threatened. END_OF_DOCUMENT_TOKEN_TO_BE_REPLACED 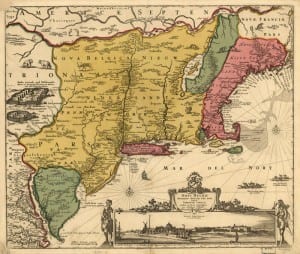 Thousands of pelts began to flow into Albany in return for Dutch, and later English, trade goods. News of the Dutch market spread and before long Native People from as far away as today’s Minnesota and Illinois were traveling across the Great Lakes and Mohawk River to Albany to obtain manufactured goods with animal pelts. END_OF_DOCUMENT_TOKEN_TO_BE_REPLACED 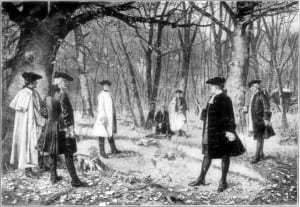 In that case another New York politician, former Vice President Aaron Burr, whose personality was arguably not dissimilar from Donald Trump, was tried and acquitted of treason in 1807. END_OF_DOCUMENT_TOKEN_TO_BE_REPLACED 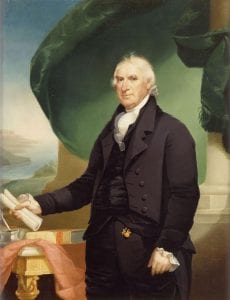 During the Revolutionary War, Alexander Hamilton served as an artillery captain and later a colonel and trusted aid to General George Washington. Colonel Aaron Burr also served in the Colonial Army and accompanied Benedict Arnold on his march through the Maine wilderness and his failed attempt to capture Quebec. Burr had been with General Richard Montgomery when Montgomery was shot and killed in Quebec. Later in the war, Burr was placed in charge of a regiment and his troops were stationed in Westchester County, New York. END_OF_DOCUMENT_TOKEN_TO_BE_REPLACED

Untouched scenic vistas and natural landscapes are treasured in the Adirondacks. Seventy years ago, Pok-O-Moonshine Mountain, a popular landmark since admired by millions, was nearly transformed into something far different from its present appearance.

It all began in 1937 with the editor of the Essex County Republican -News, C. F. Peterson. Formerly a Port Henry newspaperman, active in multiple civic organizations, and clearly pro-development and pro-North Country, Peterson was a force to be reckoned with.

Just how influential was he? The Champlain Bridge that was recently blasted into oblivion probably should have been named the Carl F. Peterson Bridge. In fact, efforts were made to do exactly that. Peterson originated the bridge idea, and as Vermont and New York debated whether to locate it at Ticonderoga, Crown Point, or Rouses Point, it was Carl who put his all into promoting the Crown Point site. END_OF_DOCUMENT_TOKEN_TO_BE_REPLACED