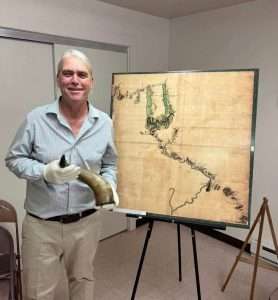 On August 11th, 1779, at the height of America’s war for independence, General John Sullivan arrived at Tioga Point on the Susquehanna River at the Pennsylvania-New York border with a large force of men and began construction of what would become known as Fort Sullivan. END_OF_DOCUMENT_TOKEN_TO_BE_REPLACED