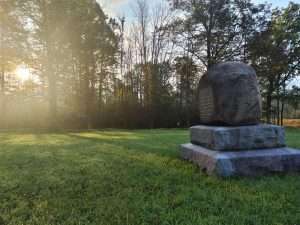 The Oneida Carrying Place, a four-mile overland route that connected the Mohawk River and Wood Creek, was vital to British military campaign strategies beginning with the French and Indian War. The Carry also saw significant action during St. Leger’s American Revolution Campaign (1777), which included the Siege of Fort Stanwix/Schuyler and the Battle of Oriskany. END_OF_DOCUMENT_TOKEN_TO_BE_REPLACED 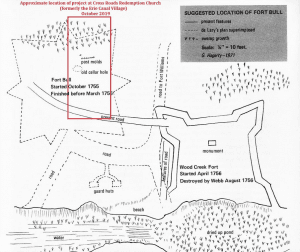 Fort Bull was one of several British forts that secured the portage between the Mohawk River and Wood Creek. In 1756, French troops, supported by allied Native Americans, marched overland from Fort La Presentation (present day Ogdensburg) and attacked the British fort on the Oneida Carry. The French destroyed Fort Bull and killed or captured nearly 60 of the British garrison. END_OF_DOCUMENT_TOKEN_TO_BE_REPLACED