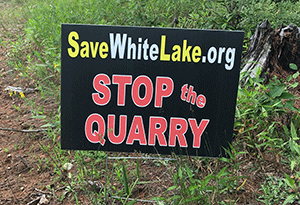 We’ll know the answer to this question when the Adirondack Park Agency (APA) meets on January 13-14th. On its agenda is a draft permit for a new granite quarry in White Lake in the town of Forestport in the Western Adirondacks.

This project is widely opposed by neighboring landowners, residents, and property owners in the general area. There have been very few private land development projects in the last two decades that have engendered such a high level of public involvement and concern. END_OF_DOCUMENT_TOKEN_TO_BE_REPLACED

On March 31st, Town of Webb Police contacted NYS Environmental Conservation Officer (ECO) Noyes about a deer struck and killed by a vehicle in the village of Old Forge. END_OF_DOCUMENT_TOKEN_TO_BE_REPLACED 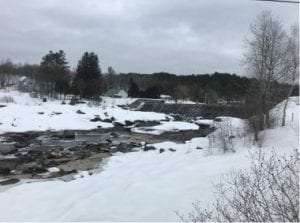 According to a press release issued by DEC, on March 6th Environmental Conservation Officer Tabor was dispatched to the Black River where Forestport residents noticed the flowing waters of the river had stopped and pools of water appeared to be drying up. END_OF_DOCUMENT_TOKEN_TO_BE_REPLACED