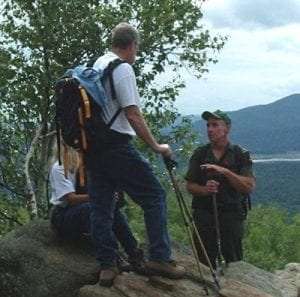 No one knows. Understandably, concern is high. END_OF_DOCUMENT_TOKEN_TO_BE_REPLACED

The Adirondack Council thanked Gov. Andrew Cuomo and Legislative leaders on April 1st for much-needed environmental capital projects that were slated to be approved in the NYS Budget agreement. END_OF_DOCUMENT_TOKEN_TO_BE_REPLACED 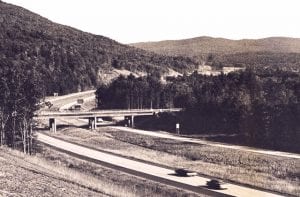 Beyond the Adirondacks lay “the big world,” as our neighbor Peggy Hamilton called it. (It was a world she was familiar with, having been the companion of Vida Mulholland and, like Vida and her more famous sister Inez, an early advocate of women’s rights.) END_OF_DOCUMENT_TOKEN_TO_BE_REPLACED 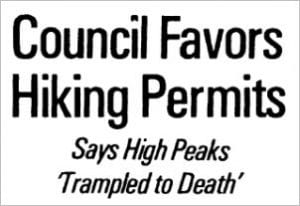 Like now, the problems back then were intensified by successful efforts aimed at raising public awareness about the wonders within the mountains, and thus boost the region’s tourism-based economy. The result: more people, more spending, and greater profits, but also more boots on the ground, more worn trails, and more poop in the woods. The problems intensified so quickly that organizations and politicians offered all sorts of solutions, most of which left hikers fearful that the freedom to roam would be restricted. END_OF_DOCUMENT_TOKEN_TO_BE_REPLACED 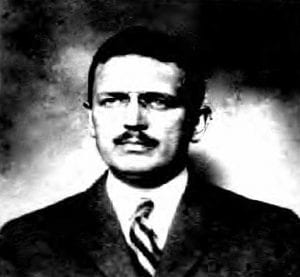 His law practice was briefly derailed when the company disbanded, but in 1925, the new legal firm of Kobbe, Thatcher, Frederick & Hoar, with offices on Broadway, began handling cases ranging from high-profile divorces to corporate litigation. Besides further enhancing Karl’s profile as a capable lawyer, it expanded his connections among like-minded business leaders who favored protecting the natural world. In time, his respected abilities as an attorney and his deep interest in preserving the nation’s outdoor resources led to an unusual blending of leadership positions on the state and national levels. END_OF_DOCUMENT_TOKEN_TO_BE_REPLACED 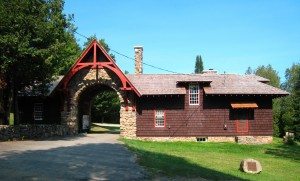 The New York State Department of Environmental Conservation (DEC) has released an updated draft unit management plan (UMP) for the Camp Santanoni Historic Area, located on the NYS Forest Preserve in Newcomb, NY, in the heart of the Adirondack Park. END_OF_DOCUMENT_TOKEN_TO_BE_REPLACED