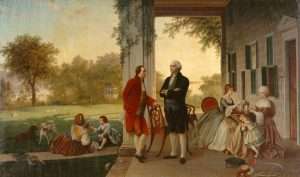 Lafayette’s visit was one the major events of the early 19th century. It had the effect of unifying a country sometime fractured by electoral discord and reminding Americans of their hard won democracy. END_OF_DOCUMENT_TOKEN_TO_BE_REPLACED

In this episode of the Ben Franklin’s World podcast, Elizabeth Ellis, an Assistant Professor of History at Princeton University and a citizen of the Peoria Tribe of Indians of Oklahoma, joins to investigate the uncovered and recovered histories of the more than 40 distinct and small Native nations who called the Gulf South region home during the seventeenth and eighteenth centuries.

Ellis is the author of The Great Power of Small Nations: Indigenous Diplomacy in the Gulf South (Penn Press, 2022) END_OF_DOCUMENT_TOKEN_TO_BE_REPLACED

President John F. Kennedy said the missiles would not be tolerated and insisted on their removal. Khrushchev refused. END_OF_DOCUMENT_TOKEN_TO_BE_REPLACED 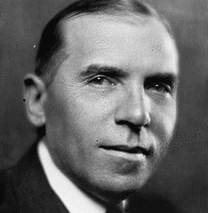 Bloom was the chairman of the House Foreign Affairs Committee from 1939 to 1947 and again in 1949, an important period in the history of American foreign policy. END_OF_DOCUMENT_TOKEN_TO_BE_REPLACED