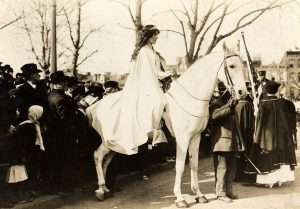 The suffrage pageant will feature local actors in white costumes performing the history of women’s rights throughout the ages, including a number of local suffragists. A selection of songs, including “The March of the Women” by Dame Ethel Smyth and “Only the Message Mattered” by Bob Warren, will feature local singers. END_OF_DOCUMENT_TOKEN_TO_BE_REPLACED 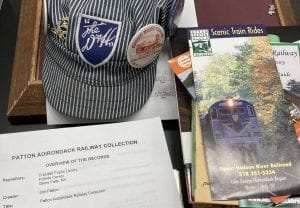 The Folklife Center at the Crandall Public Library in Glens Falls has received a new collection of materials from Jon Patten on the history of the Adirondack branch of the D&H Railroad, from Saratoga Springs to Tahawus in Newcomb.  END_OF_DOCUMENT_TOKEN_TO_BE_REPLACED 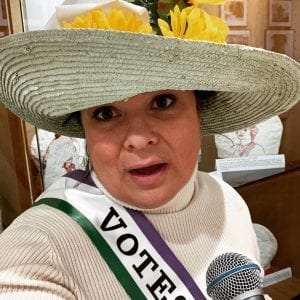 The Folklife Center at Crandall Public Library in Glens Falls has announced the return of its Folklife After Hours Series with Songs Celebrating 100 Years of Votes for Women by Tisha Dolton, set for Monday, March 29th. END_OF_DOCUMENT_TOKEN_TO_BE_REPLACED