Empire State Center for the Book

The Center for the Book has announced that noted historian Russell Shorto is among the six members of the 2018 Class of Inductees for the NYS Writers Hall of Fame.

Author, historian, and journalist Russell Shorto is best known for his book The Island at the Center of the World about the Dutch origins of the City of New York.

END_OF_DOCUMENT_TOKEN_TO_BE_REPLACED 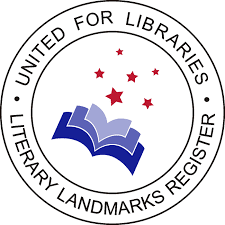 The first literary landmark to be designated in New York was The Algonquin Hotel in 1996, home of the legendary Algonquin Roundtable  There are currently 15 landmarks in New York State with two more planned in the near future.  The Wilder Homestead in Malone, NY was made famous by Laura Ingalls Wilder in her book Farmer Boy will be dedicated this summer and The Robert Louis Stevenson Cottage in Saranac Lake , NY will receive its designation this fall. END_OF_DOCUMENT_TOKEN_TO_BE_REPLACED