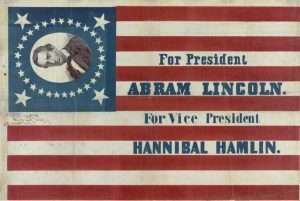 Working against Weed was the fact that the Republican convention was to be held in Chicago, Illinois, home state of Abraham Lincoln. Weed knew that his man, Seward, was far better known throughout the country. In addition to being New York’s Governor, Seward had been a U.S. Senator and as a leading anti-slavery proponent he had received extensive publicity. His biggest drawback was that he had been considered at one time to be the most radical anti-slavery member of the Senate. END_OF_DOCUMENT_TOKEN_TO_BE_REPLACED