Someone I know sent me an e-mail in response to my posts about the Path through History asking me “What do you think has motivated Cuomo to launch the $60 million tourism initiative?”

That is a big question and I don’t claim to be privy to the inner sanctum of the Albany decision-makers or to the workings of Cuomo’s mind.

What follows then is a speculation on my part. END_OF_DOCUMENT_TOKEN_TO_BE_REPLACED 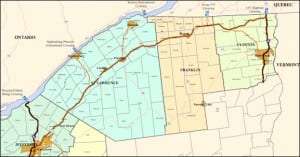 At times, the concept has been described as 20 to 30 years old, but it actually goes back much further. I’m old enough to recall the intense discussions during the 1970s, which takes us back 40 years. But even that is still well short of the idea’s birth. END_OF_DOCUMENT_TOKEN_TO_BE_REPLACED 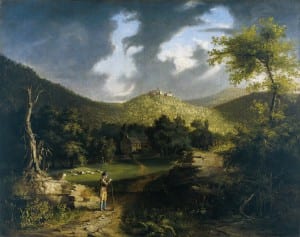 Thomas Cole (1801-1848) , English immigrant, is regarded as a father of the Hudson River School, the first national art expression of the American identity in the post-War of 1812 period. It was a time when we no longer had to look over our shoulder at what England was doing and could begin to think of ourselves as having a manifest destiny. Cole also was very much part of the birth of tourism which occurred in the Hudson Valley and points north and west. END_OF_DOCUMENT_TOKEN_TO_BE_REPLACED 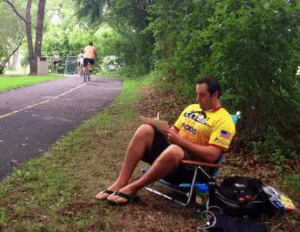 The greatest estimate was over 650,000 annual users at the Hudson Valley Rail Trail in Ulster County. Other popular trails include the Jones Beach Bikeway, the Bethpage Bikeway, the Harlem Valley Rail Trail, and the Robert Moses Trail near Niagara Falls. END_OF_DOCUMENT_TOKEN_TO_BE_REPLACED 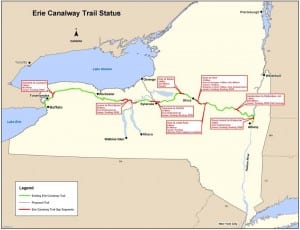 Parks & Trails New York (PTNY) and the Canalway Trails Association New York (CTANY) have released their third annual report, Closing the Gaps: A Progress Report on the Erie Canalway Trail 2012. “Since PTNY and CTANY launched their “Closing the Gaps Campaign” in 2010 in conjunction with U.S. Senator Kirsten Gillibrand, interest in completing the Erie Canalway Trail among citizens, community leaders, and local, state and federal government officials has reached an all-time high,” the groups said in a press release announcing the annual report.

The report notes efforts in 2012 to close the remaining 84 miles of gaps in the 361-mile trail that extends from Buffalo to Albany: END_OF_DOCUMENT_TOKEN_TO_BE_REPLACED

On January 25, I attended the Mid-Hudson regional meeting of the Path through History project. What follows is my report on the meeting which may, or may not, be the experience and take-away of others who attended (or what is happening in other regions). The Mid-Hudson Valley region includes the Hudson River counties of Westchester, Putnam, Dutchess, Ulster, Orange, and Rockland, along with Sullivan County in the Catskills. END_OF_DOCUMENT_TOKEN_TO_BE_REPLACED